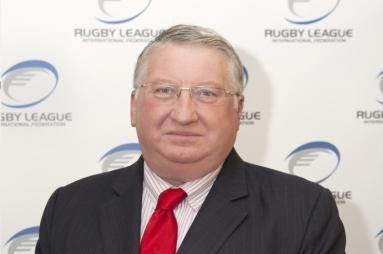 Rugby League International Federation (RLIF) has announced that its chief executive David Collier will not be seeking a new contract when the current agreement concludes in May 2018.

Collier, appointed as the first chief executive of the RLIF in March 2015, said that he had enjoyed his time in the role.

"I am convinced that the organisation and the sport is now superbly placed to take full advantage of the up-coming Rugby League World Cup and it will continue to grow and embed itself across the globe," he said.

"There is still a great deal of work to do before I move on in May and I will be working as hard as possible to ensure that the RLIF can have a seamless transition to the next phase of its development."

Chairman, Nigel Wood said: "David has achieved much during his time in office and the RLIF is a stronger and better organisation for his efforts as our first CEO.

"We fully respect his decision to move on and I want to take this opportunity, on behalf of the Board, to thank David for his diligent work over the term of office and we all wish him well."

Collier was chief executive of the England and Wales Cricket Board for 10 years until 2014.

This year's Rugby League World Cup is due to take place in Australia, New Zealand and Papua New Guinea between October 26 and December 2.

The 2021 edition of the event has been awarded to England.