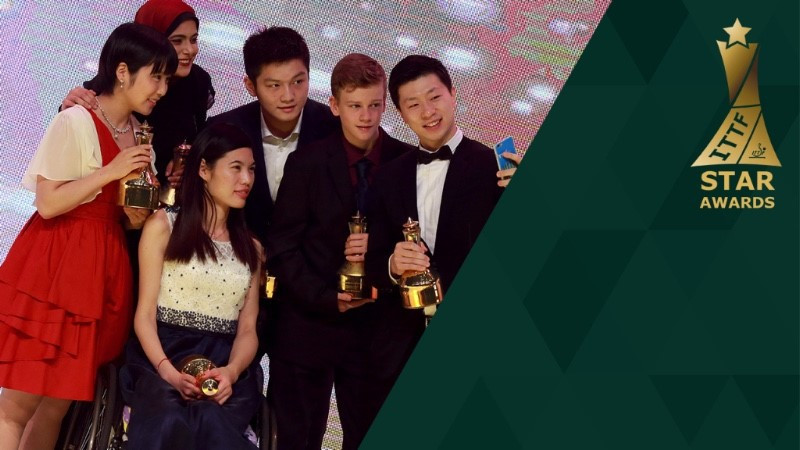 The ceremony is due to take place at the Rixos President Hotel on December 14, the first day of competition at the season-ending Grand Finals, scheduled to conclude on December 17.

It will be the first time Kazakhstan has staged the Awards.

The event, dubbed the "Oscars of Table Tennis", will celebrate the achievements of players and coaches over the past year.

A total of eight awards will be given out on the night, including for the best male and female in the able-bodied and Para categories.

The best point of the year will also be rewarded and the ITTF will also name the best coach, breakthrough star and fair play star.

The sport's worldwide governing body is due to reveal the nominees for each award shortly.

"The ITTF Star Awards has been a much anticipated annual event for our top athletes and partners as a season finale to celebrate a fruitful year of table tennis since its inauguration in 2013," ITTF President Thomas Weikert said.

"This year we are very excited to bring the Star Awards to Kazakhstan for the first time ever for an evening of celebrations and glamour with our stars of the sport."

China's Ma Long and Ding Ning,  winners of three Olympic gold medals each, are among the previous players to have claimed a star award.

A high-class field is guaranteed, as only the top 15 ranked men's and women's singles players, following the conclusion of the 2017 World Tour season, are guaranteed an invitation to play.

In addition, the top seven men's and women's doubles pairings will also compete, with all four competition line-ups completed by a host nation representative.