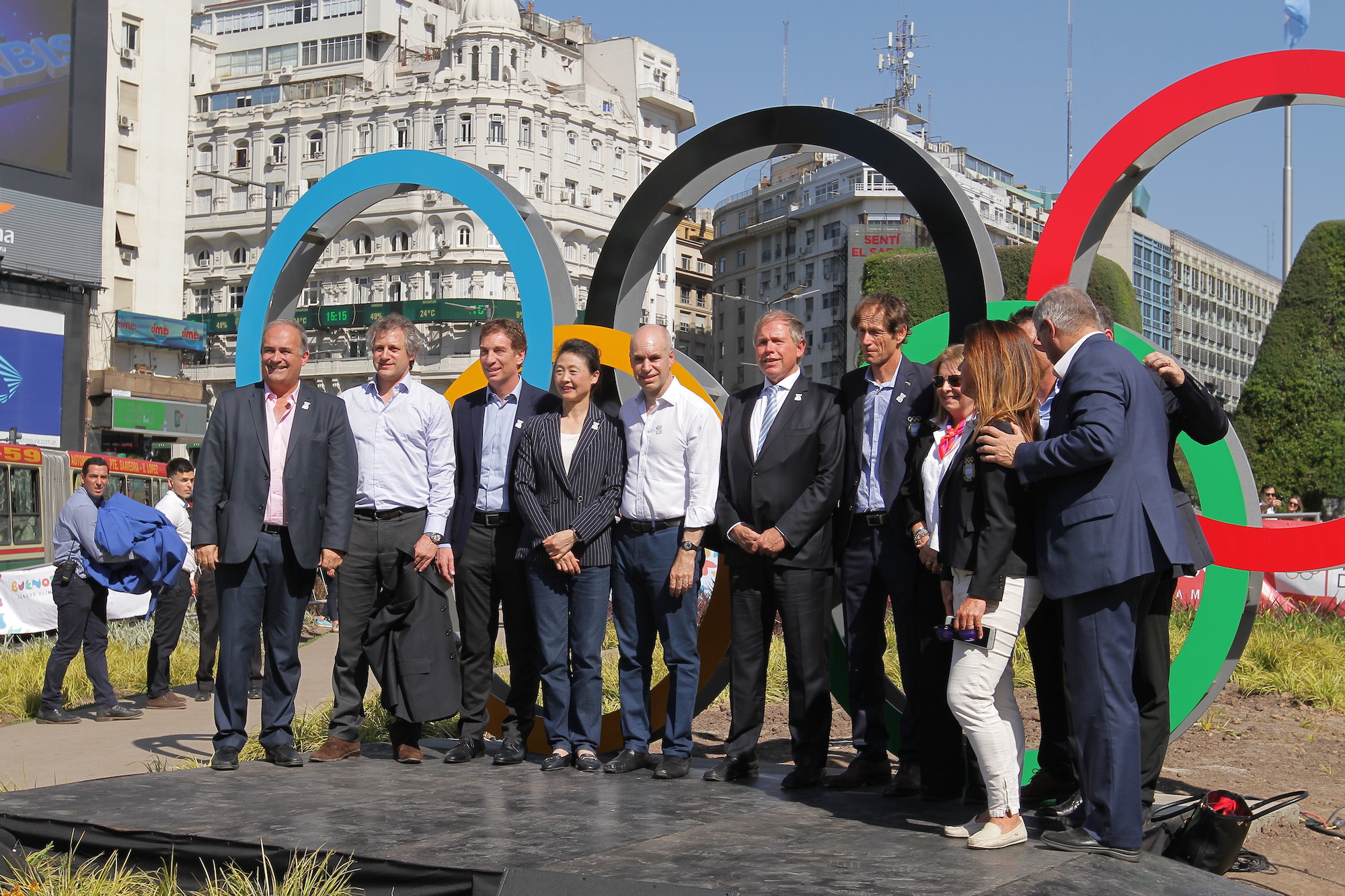 A special Olympic Rings sculpture has been unveiled at the downtown obelisk in Buenos Aires to mark one-year-to-go celebrations until the third Summer Youth Olympic Games.

Almost 4,000 teenage athletes spanning 32 different sports and 241 events are due to participate at the Games, which will begin with an Opening Ceremony in exactly a year's time.

"It is a dream that is coming true," said Rodríguez Larreta.

"The fact that our country can organise a Youth Olympic Games is a huge responsibility.

"It is also a unique opportunity to demonstrate what we are capable of the Argentines.

"We are very proud that Argentina receives almost 4,000 athletes, their family and their companions.

"We will be the centre of attention of the world during those two weeks."

Rio 2016 gold medal winners Santiago Lange and Pedro Ibarra were among others present.

"One year of hard training for sure will make a lot of difference, so I wish all the sailors all the very best to get there.” said Lange, a 56-year-old veteran of six Olympic Games.

“I am a little bit jealous - in the good old days the Youth Olympic Games didn’t exist and I think it’s a great, great idea and an incredible event and I wish [the athletes] all the best and welcome to Buenos Aires.”

Organisers announced during last month's IOC Session in Lima that the Opening Ceremony will be held outdoors in the heart of the capital city.

It was also claimed that they are almost seven months in advance with construction progress and that the Athletes' Village, their biggest project, was completed in August.

“This project for Argentina is something we have been waiting for over 50 years, for the Games to be in our country”, added Werthein, also a member of the IOC, during the ceremony.

“This will be very organised, sustainable, without white elephant Olympic Games.

"Each venue that has been built has an owner and a purpose.

"That will be the legacy."

Buenos Aires will mark the third edition of the Summer Youth Olympic Games after Singapore in 2010 and Nanjing in 2014.

An IOC Session will also take place in the city during the event, primarily to confirm the bidding progress for the 2026 winter race.

IOC President Thomas Bach is among others to have delivered messages to coincide with the anniversary.

“Only one year to go until the Youth Olympic Games Buenos Aires 2018," he said today.

"We can’t wait to join you next year in this passionate sport city for a celebration of sport, youth and culture.”