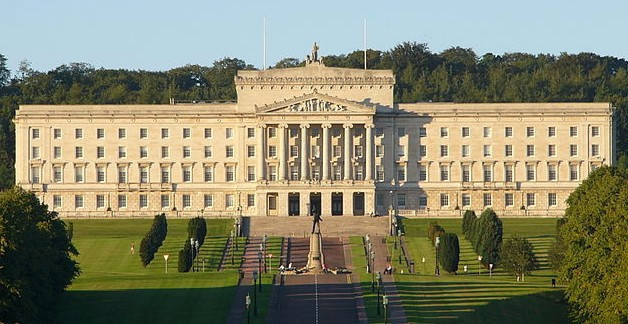 Northern Ireland has been given until December 15 to persuade the politicians there to support the 2021 Commonwealth Youth Games or they risk losing an event it has been claimed could play an important role in the peace process.

Belfast were awarded the Games in February 2016 but have so far failed to secure the funding necessary to stage it.

Northern Ireland's Department of the Economy claimed in July it cannot "commit to funding this event" because "it does not demonstrate value for money".

The Northern Ireland Commonwealth Games Council (NICGC) have been unable to appeal because of a political impasse in the country and there is no functioning Northern Ireland Assembly in Stormont.

A power-sharing coalition in Northern Ireland between the pro-British Protestant Democratic Unionist Party (DUP) and Irish Catholic Nationalists collapsed in January and a new deal has still not been brokered.

The Commonwealth Games Federation (CGF) Executive have now given the NICGC two months to find a solution.

"The Executive Board welcomed the continued support from the Northern Irish sporting community and empathised with the current circumstances surrounding the legislative Assembly and Executive, granting to the Northern Ireland Commonwealth Games Council until 15 December 2017 to determine whether or not they can progress with their plans to host the 2021 edition of the Youth Games," CGF President Louise Martin said at the end of a two-day meeting here.

"We have been consistently encouraged by the broad political and stakeholder support for the Youth Games in Northern Ireland.

"With four years to go - and on the back of a truly inspiring and impactful Youth Games this summer in The Bahamas - we're optimistic that all partners will soon come together to realise their shared legacy ambitions for this special event."

It is the second deadline the CGF have given NICGC.

At the end of June, following a meeting in Belfast between Martin, CGF chief executive David Grevemberg and Northern Irish officials, they gave them eight days to agree a funding package or miss the opportunity to play a role at this year's Commonwealth Youth Games in Nassau in the Bahamas.

As a result of the situation, Belfast were not be able to participate in the traditional handover at the Closing Ceremony in July.

The NICGC may now make renewed efforts to the United Kingdom Government for support.

Theresa May's administration are currently only remaining in power at Westminster with the support of the DUP.

When Martin announced Belfast as the host city last year, she claimed she believed the event could help bring communities together following decades of conflict and sectarian violence.

With a deal still not struck to find a host city for the 2022 Commonwealth Games, although Birmingham are expected to be officially appointed hosts to replace Durban later this year, the CGF will be keen to avoid having to find to another replacement host city for one of its events.

This year's Commonwealth Youth Games were originally planned to be held in Castries, the capital of Saint Lucia, but they withdrew in 2015 because of financial difficulties and were replaced by Nassau.