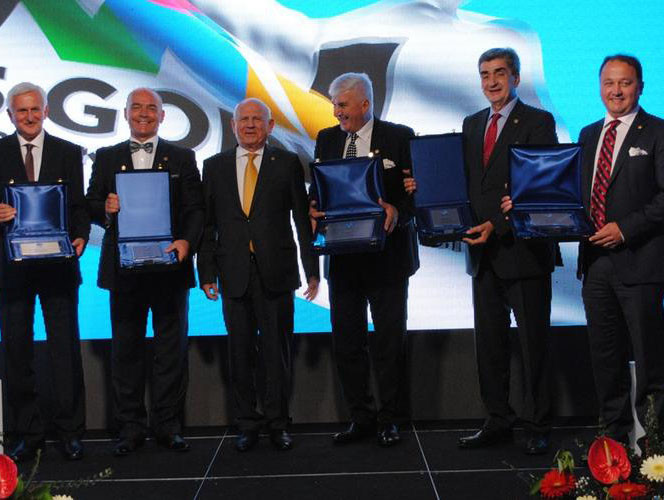 The National Olympic Committee of Bosnia and Herzegovina (OKB) has marked its silver jubilee after 25 years of existence.

This was a major milestone for the new nation which emerged from the fall of Yugoslavia.

The OKB marked the 25th anniversary of that day with an official ceremony in Sarajevo, attended by the European Olympic Committees Acting President Janez Kocijancic.

He was a special guest of Marijan Kvesić, the President of the OKB.

Kvesić said that the first appearance of Bosnian athletes at the 1992 Summer Olympics in Barcelona represented "the great victory of people who in difficult times have preserved the Olympic legacy and other loyal sports and the Olympic Charter".

In the last 25 years, the OKB has been able to rebuild Zetra Olympic Hall, named in honour of Juan Antonio Samaranch, the seventh President of the IOC who died in 2010.

The venue, where the organisation's headquarters are based, was used for various sporting events at the 1984 Winter Olympics in Sarajevo and will be the main venue of the 2019 European Youth Olympic Winter Festival.

The restoration of the Olympic Museum is also currently being carried out.

In his address, Kvesić stated that 10 top athletes are preparing for the Winter Olympics in 2018 in Pyeongchang in South Korea.