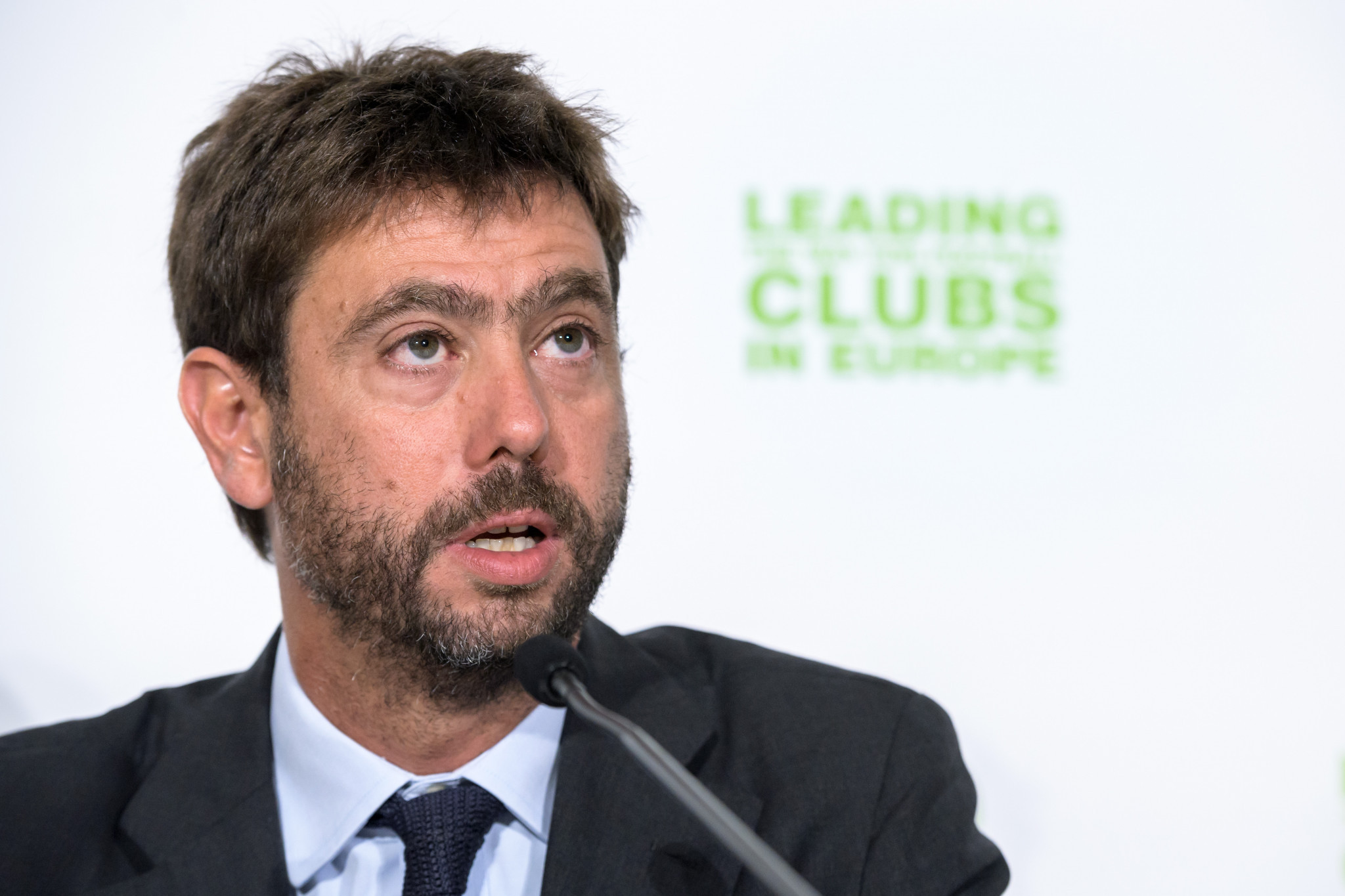 Juventus and European Club Association (ECA) President Andrea Agnelli has been handed a one-year ban by the Italian Football Federation (FIGC) for his part in the selling of tickets to "ultra" fans linked to the Italian Mafia.

Both Agnelli and the club have already made clear that they plan to appeal the verdicts.

The 41-year-old has been accused of selling tickets to "ultra" fans of the Italian club, many of whom harbour alleged links to organised crime.

These tickets were allegedly later resold at a huge profit.

The ban only extends to domestic events but prevents Agnelli from representing the club on official league business, enter the dressing room during matches or being directly involved in transfer dealings.

"I'm partly satisfied because we've been able to prove the guilt of everyone involved, but the findings were so serious that, in my opinion, they should have been punished more, so we'll appeal," he told Agence France-Presse afterwards.

"I think going to another court will be useful, bearing in mind they went to organised crime, and that is very serious."

Agnelli, who succeeded Bayern Munich chief executive Karl-Heinz Rummenigge as ECA President, denies dealing with Rocco Dominello, a supporter considered close to the Calabria-based N'drangheta group who has since been sentenced to nearly eight years in prison for touting.

It was ruled that Agnelli was not guilty of knowingly meeting with Dominello, concluding they were "totally unaware" of any illegality.

Agnelli has admitted to meeting him but only alongside other fans at celebratory occasions.

"Having taken note of today's decision by the FIGC's national tribunal, Juventus announces its appeal to the FIGC Court of Appeal in the full conviction of its own good arguments, which have not been adequate recognised," added a Juventus statement.

"The club expresses its own satisfaction because today's sentence, even though it inflicted heavy bans on the President and other people involved, has after extensive evaluation of the evidence, excluded all alleged links with representatives of organised crime."