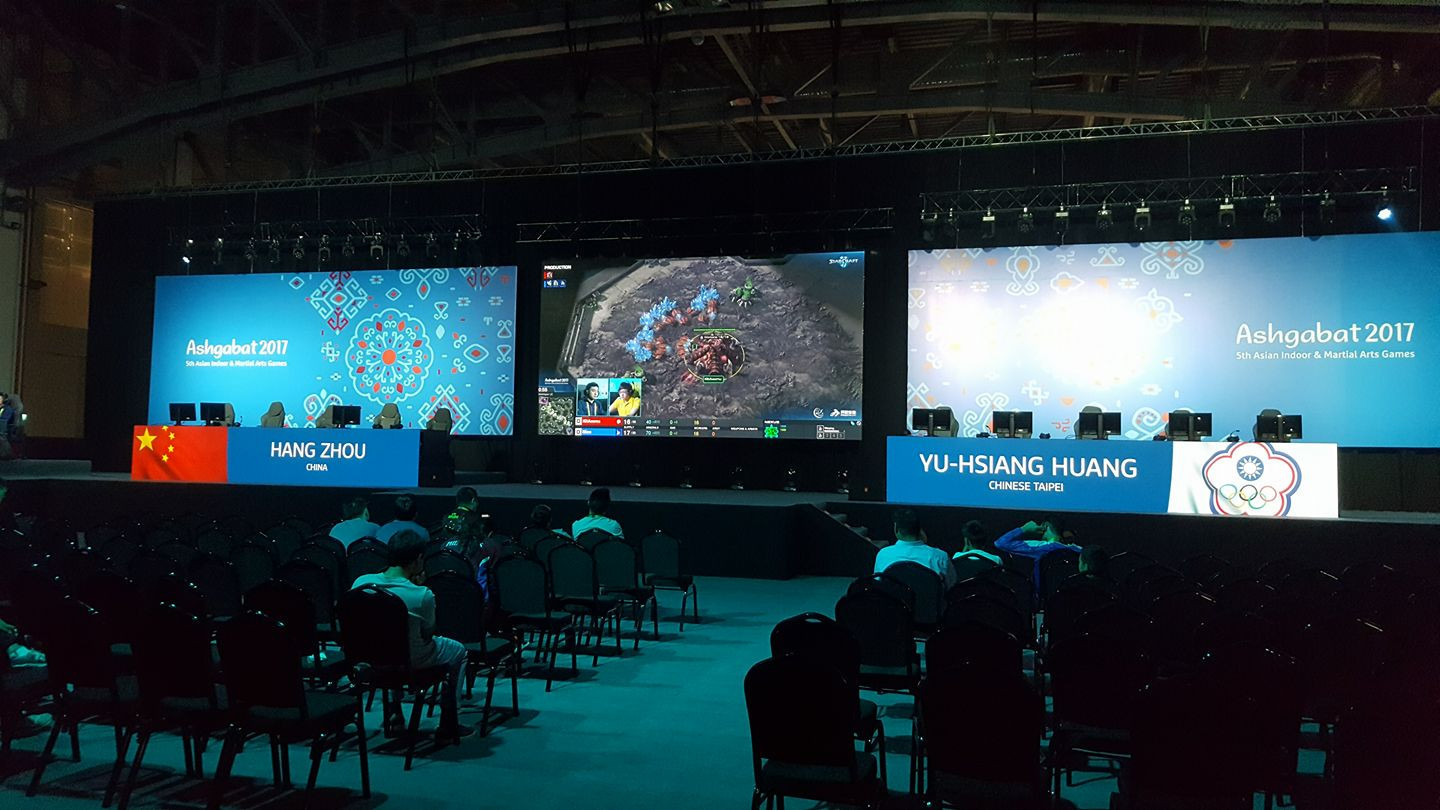 The project manager of the esports demonstration event here at the 2017 Asian Indoor and Martial Arts Games has expressed his confidence that every country on the continent will have a fully-established national federation for the sport by the time it features as a full medal event at the 2022 Asian Games in Chinese city Hangzhou.

Jingyuan Ye was speaking to insidethegames on the first of three days of esports competition in Turkmenistan’s capital.

He is a representative of Alisports, a division of International Olympic Committee (IOC) TOP Sponsor Alibaba, which announced a strategic partnership with the Olympic Council of Asia (OCA) in April to organise and promote the Ashgabat 2017 esports demonstration event, together with Sina Corporation and Yunfeng Capital in Shanghai.

Under the terms of the deal, a demonstration event is also scheduled to take place at the 2018 Asian Games in Indonesian cities Jakarta and Palembang.

This is with the view to esports becoming a full medal event at the 2022 Asian Games in Hangzhou.

Although Ye believes it may be too early for all Asian nations to have a national federation by Jakarta-Palembang 2018, he said he expects the target to be reached by Hangzhou 2022.

"We’re helping each country to either establish or develop their esports federation because in some countries esports are not well developed," he told insidethegames.

"They need time and they need investment to have their own development or environments.

"So it might not be like 100 per cent ready for every country in Asia next year, but I believe in 2022 it should be."

Fok assumed the position as the new head of the Asian Electronic Sports Federation during the continental organisation’s General Assembly here.

He replaced Kazakhstan’s Natalya Sipovich after she resigned from the Presidency due to what an OCA spokesperson described as a "heavy workload".

Despite the popularity esports is enjoying, Fok said the organisational landscape was uneven.

"We need national teams, and we need NOCs (National Olympic Committees) to recognise the national esports associations if we want to enter the Olympic family," Fok said.

Asked whether he thinks esports can one day feature on the Olympic programme, Le seemed confident.

"That’s the reason why we, let’s say, reactivated the Asian Electronic Sports Federation; to give better support for esports events in Jakarta next year and in 2022 in the Hangzhou Asian Games," he said.

OCA President Sheikh Ahmad Al-Fahad Al-Sabah warned last week that the growth in popularity of esports cannot be ignored and needs to be accommodated to help keep the world's youth engaged.

Asked about the likelihood of esports featuring at the 2024 Olympic Games in Paris in some capacity, the 54-year-old insisted the immediate priority is for the International e-Sports Federation to achieve IOC recognition.

Technical support is being provided by Alisports and marketing company Duo Sport Group.

The Jordan Olympic Committee (JOC) is one of the many to have embraced esports by investing in the creation of a new Committee for the sport.

"For us, Jordan has a lot of top-level players in the international scene and it only made sense for us to be a first mover," JOC secretary general Nasser Majali was reported as saying by Sportskeeda.

"And we got a lot of corporate support such as IT companies and local brands.

"It also gives our players a chance to participate against world-class talent and gives them a salary, a motivation to do better.

"I mean the entire world is accepting it, then why shouldn’t we?

"It only helps our massive player base garner recognition."