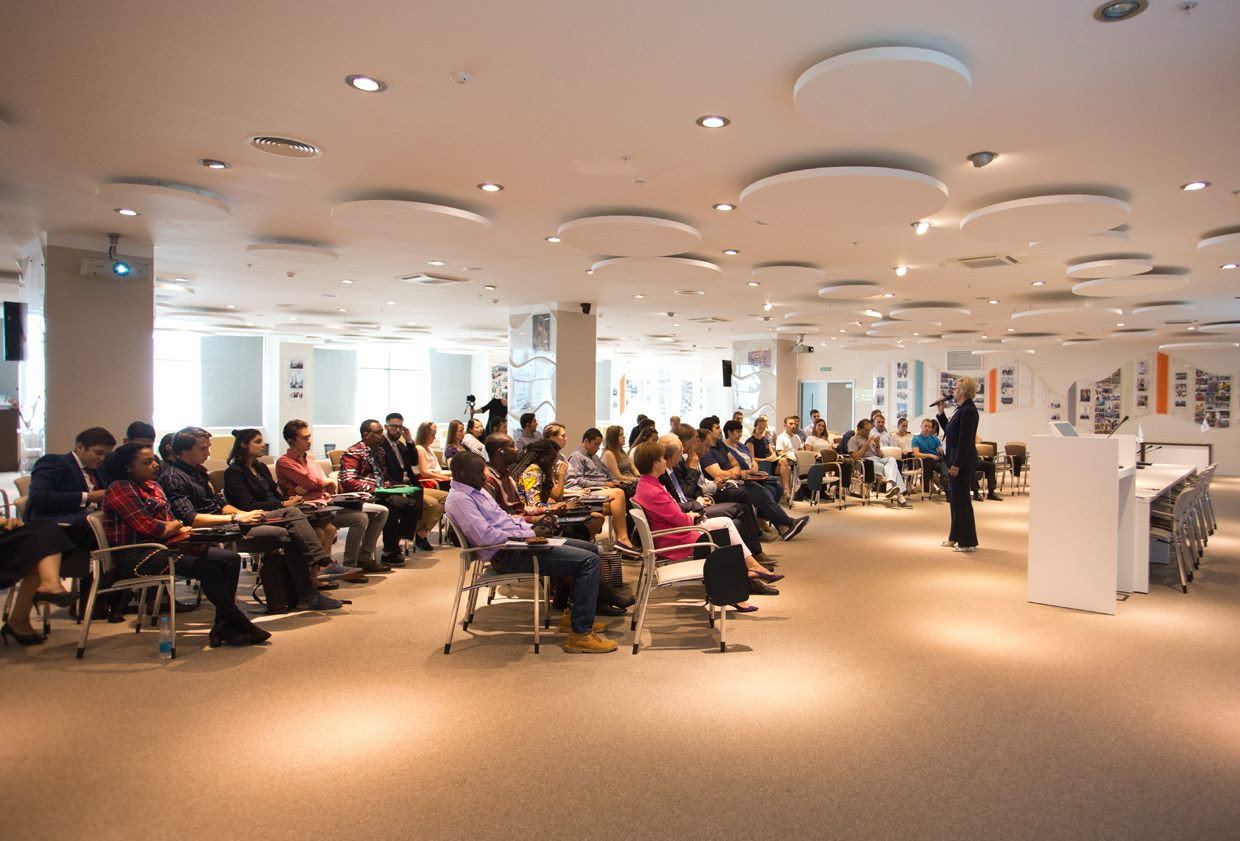 The Russian International Olympic University (RIOU) has welcomed its fifth intake of students from 16 countries, including representatives of National Olympic Committees (NOCs) and sports industry organisations, for its Master of Sport Administration (MSA) course.

The MSA course, which aims to train the next generation of managers with both strategic and operational skills needed to manage sports organisations, events and venues in any economic environment, got underway in Sochi, drawing on the experience of its 2014 Winter Olympic and Paralympic Games legacy.

Courses are provided in both Russian and English.

Most of the students will be financially supported in their studies by scholarships from the Vladimir Potanin Foundation, established to build on Sochi 2014 by providing grants for students and visiting professors.

Many of them have worked in the Olympic Movement, sports federations, football clubs, non-governmental organisations and the fitness industry.

Students on the Russian language version of the MSA course hail from 16 regions of the Russian Federation.

For the first time, the group includes students supported by scholarships from the Russian Olympians Foundation.

"When RIOU was created, one of the goals we set ourselves was to help ex-athletes ‘reset’ their careers and continue their involvement with sport in a new capacity," RIOU Rector Professor Lev Belousov said:

"The Russian Olympians Foundation, dedicated to assisting retired athletes with their transition to life after sport, is now offering such important opportunities."

The course will be delivered by distinguished Russian and international experts and professors from leading universities and centres for Olympic studies from across the world.

Special emphasis will be placed on practical training and internships.