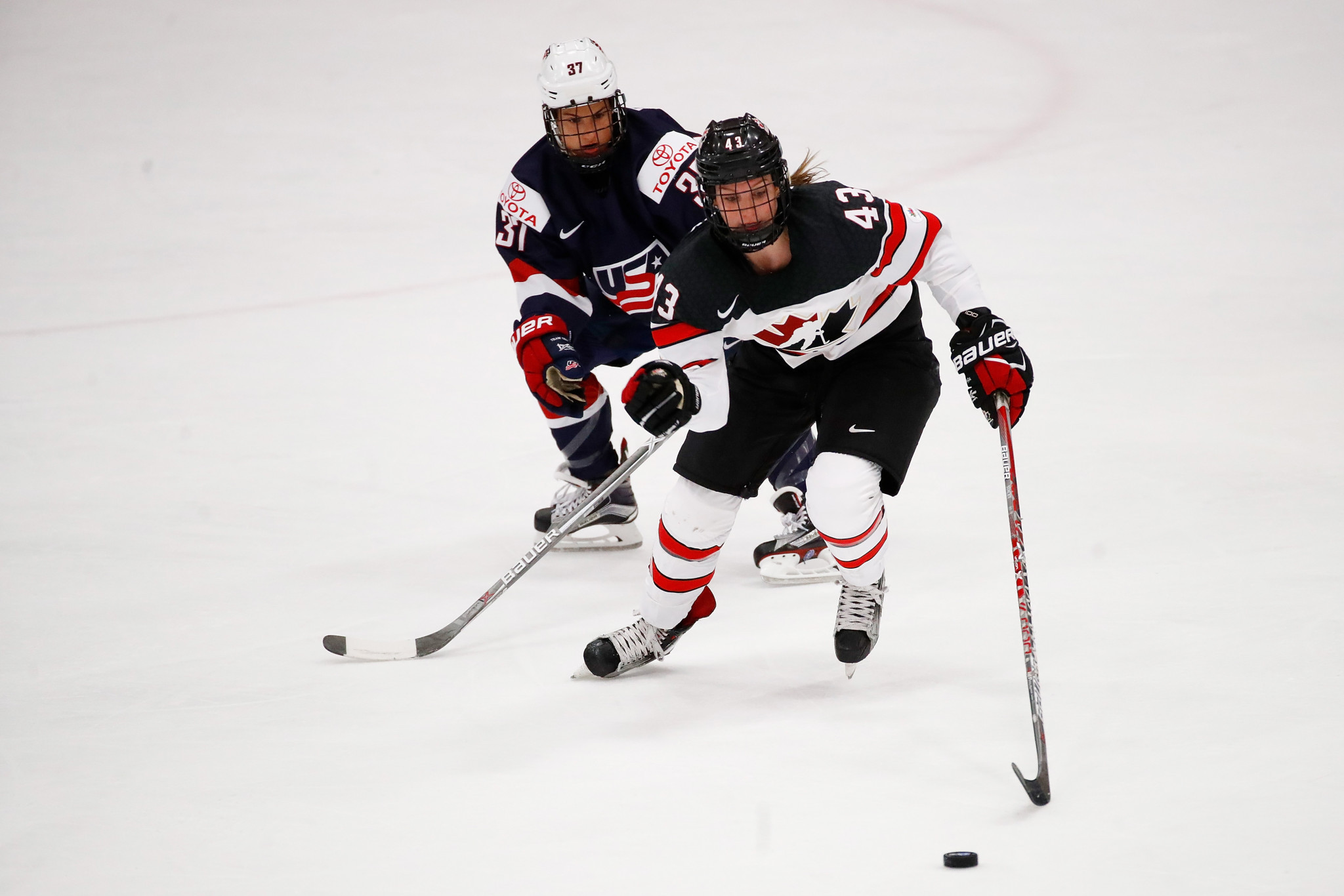 Members of the United States women's ice hockey team have helped victims of Hurricane Irma in Tampa Bay in Florida.

The players delivered meals and helped children at the Freddie Solomon Boys and Girls Club, following the hurricane which ravaged the Caribbean and the Eastern United States.

"It was an awesome experience," said forward Amanda Pelkey.

"I hope that we had a big impact on their lives for the short amount of time that we were there because they definitely impacted our lives, greatly."

She also won a pair of gold medals and a silver as a member of the US under-18 women's national team.

The team spent time with an estimated 50 children for several hours.

"We talked with the kids for a little bit, and they asked some great questions," Pelkey added.

"We got to know them a little bit."

Team members and children played street hockey outside with nets, sticks and padded boards provided by the Tampa Bay Lightning.

The players served dinner and then split into groups where one had a dance party and the other played more street hockey.

"I think every single one of us enjoyed ourselves," Pelkey said.

"Individually, we each had a moment where we got to sit down and chat with a kid, asking what sports they liked and what things they like doing out of school.

"There were definitely some kids that had tears when we left.

"It shows how much we impacted them, even just being there for the short amount of time because they didn't want us to leave.

"At the time, they probably didn't even know who we were.

"But just to see us all walk in the door, these kids' faces just brightened up the second we walked in."

A group of 23 players and the core of the national team staff had gathered at Florida Hospital Center Ice in Wesley Chapel, Florida, part of the Tampa Bay metro area, to begin training for the Pyeongchang 2018 Winter Olympics.

Irma had a serious impact in Florida, with at least 90 per cent of homes in the Florida Keys damaged or destroyed.

At least 58 people died in the US, including eight residents of a nursing home.

A further 44 died in the Caribbean as a result of Irma, which developed on August 30, 2017, near the Cape Verde Islands.