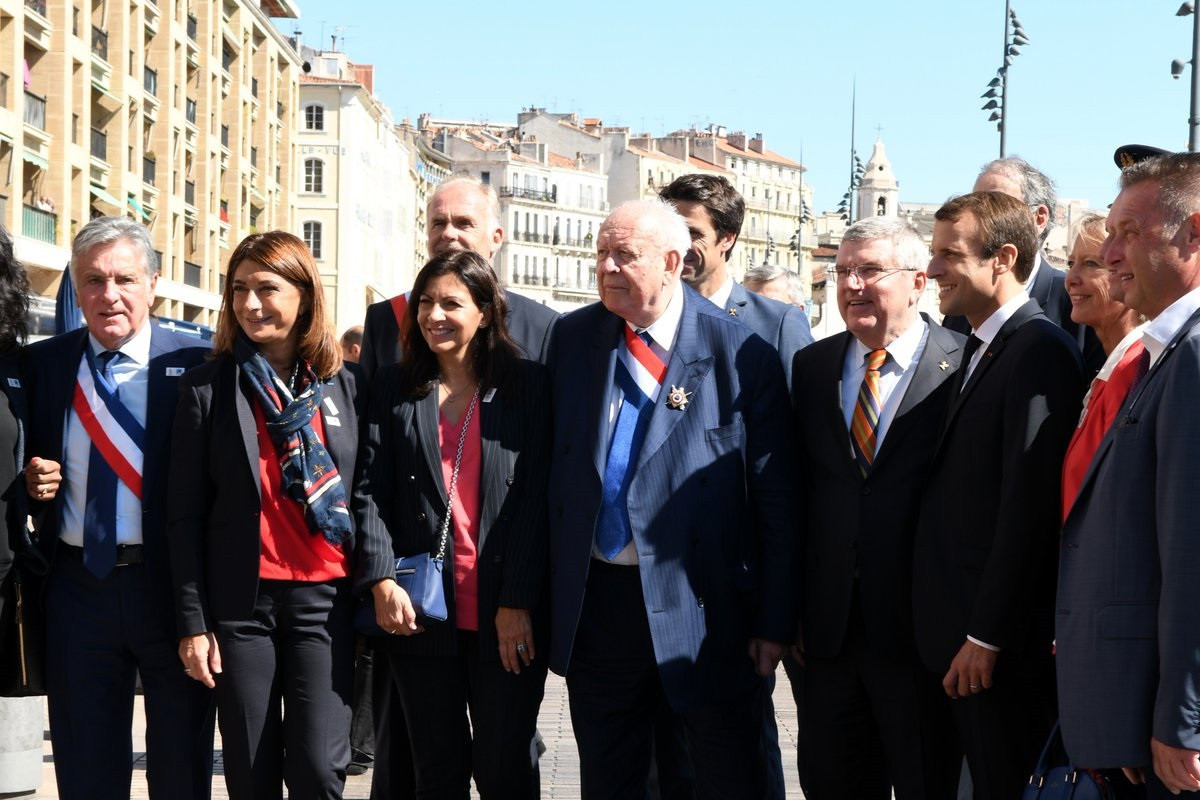 Bach travelled with the two politicians to the south coast city, which will be the home to sailing competitions during the Paris 2024 Olympic Games.

The delegation was welcomed to Marseille City Hall for an official reception and press conference.

"I was delighted to welcome IOC President Thomas Bach to Marseille today, and to share our vision as to how Paris 2024 will benefit the whole of our nation," said President Macron.

"Marseille is a hub of sport, culture and inclusion, and will provide something special in 2024.

"France is so excited to receive the Games and we are looking forward to the journey ahead."

The decision to officially award the 2024 and 2028 Olympic and Paralympic Games to Paris and Los Angeles was made last week in Lima.

It came after the IOC Session rubber-stamped the agreement between the two cities, by a show of hands of members.

The ratification of the agreement came after it was approved at an Extraordinary IOC Session in Lausanne in July, paving the way for the IOC to award two editions of the Games at the same time.

Bach was visiting France for the first time since the award of the Games, having held a similar two-day visit to Los Angeles.

He had flown directly to Los Angeles from Lima, before heading to New York City to attend the 72nd United Nations General Assembly.

"After the vote in Lima we felt the need to welcome the IOC President in Marseille," said Hidalgo.

"Firstly, to thank Jean-Claude Gaudin for his support during the campaign.

"Secondly to underline the fact that when Paris 2024 wins the victory is shared with the entire country.

"These Games will be of benefit to Parisians, residents of the Île-de-France Region and also the French people.

"This collective project will definitely reinforce togetherness in our country."

During the visit to Marseille, the delegation then joined members of the French sailing team on a tour of the marina.

It is claimed the marina will be where more than 15,000 people will be able to watch sailing during the 2024 Olympic Games.

Paris 2024 said that Marseille, the European Capital for Sport in 2017, highlights the national unity around the Games.

The city will also host football matches at the Games.