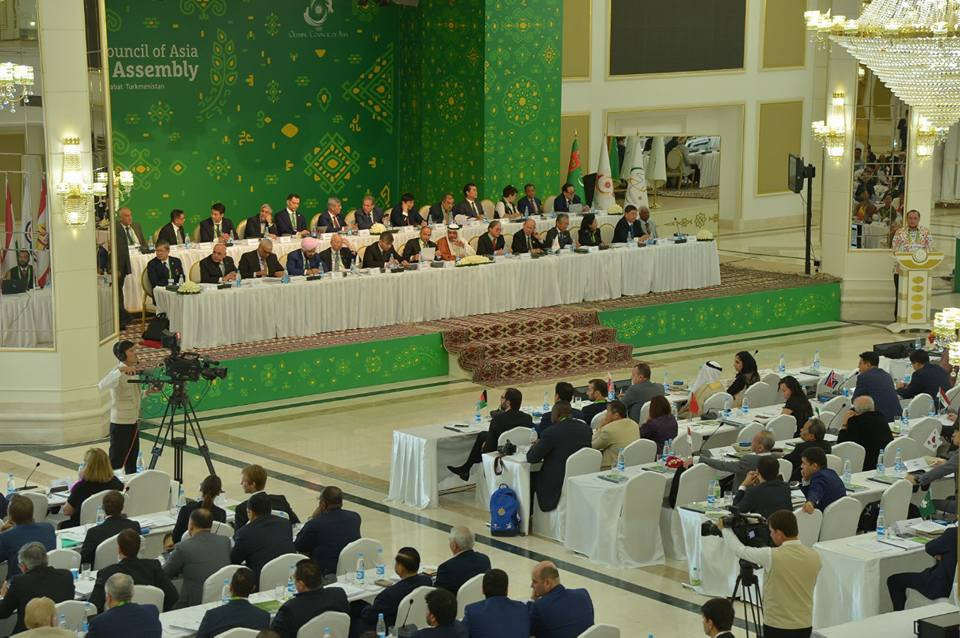 Australian Olympic Committee (AOC) President John Coates is confident that athletes from Oceania will have a chance to participate at the 2022 Asian Games in Hangzhou after all - but only in certain sports.

Olympic Council of Asia (OCA) President Sheikh Ahmad Al-Fahad Al-Sabah had appeared to close the door on this prospect by insisting they would not be able to go above their maximum limit of 15,000 athletes for the quadrennial event.

He instead urged Oceania to focus on competing at the Asian Beach Games and the Asian Indoor and Martial Arts Games, currently taking place here.

But, speaking at today's OCA General Assembly, Sheikh Ahmad clarified that there may be an exception made for those sports where Olympic qualification for Oceania is done through Asia.

This predominantly relates to team sports such as basketball, volleyball and football.

Coates, present at today's meeting, claimed to be pleased with this clarification.

He said that any participation would be within an overall quota of around 300 athletes in a specific sport, so as not to restrict opportunities for Asian competitors.

Oceania athletes would be unlikely to want to compete in many other sports in Hangzhou, anyway, like athletics and swimming, because the event will fall so soon after the yet-to-be-awarded Commonwealth Games.

"This will be very beneficial for us."

Athletes from Australia and New Zealand participated on a "guest" basis at the Asian Winter Games in Sapporo in February.

But, although their flag was carried at the Opening Ceremony, there are no athletes from New Zealand actually participating.

Australian taekwondo player Keshena Waterford today became the first Oceania athlete to claim a medal after taking a bronze in the under-52 kilograms.

In 2007, the OCA rejected a proposal to allow Australia to participate at Incheon 2014, with Sheikh Ahmad claiming then that, while they would add good value to the Asian Games, it would be unfair to the other National Olympic Committees in Oceania.

His language since had been far more positive and he had spoken enthusiastically about full participation in Hangzhou as recently as February this year.