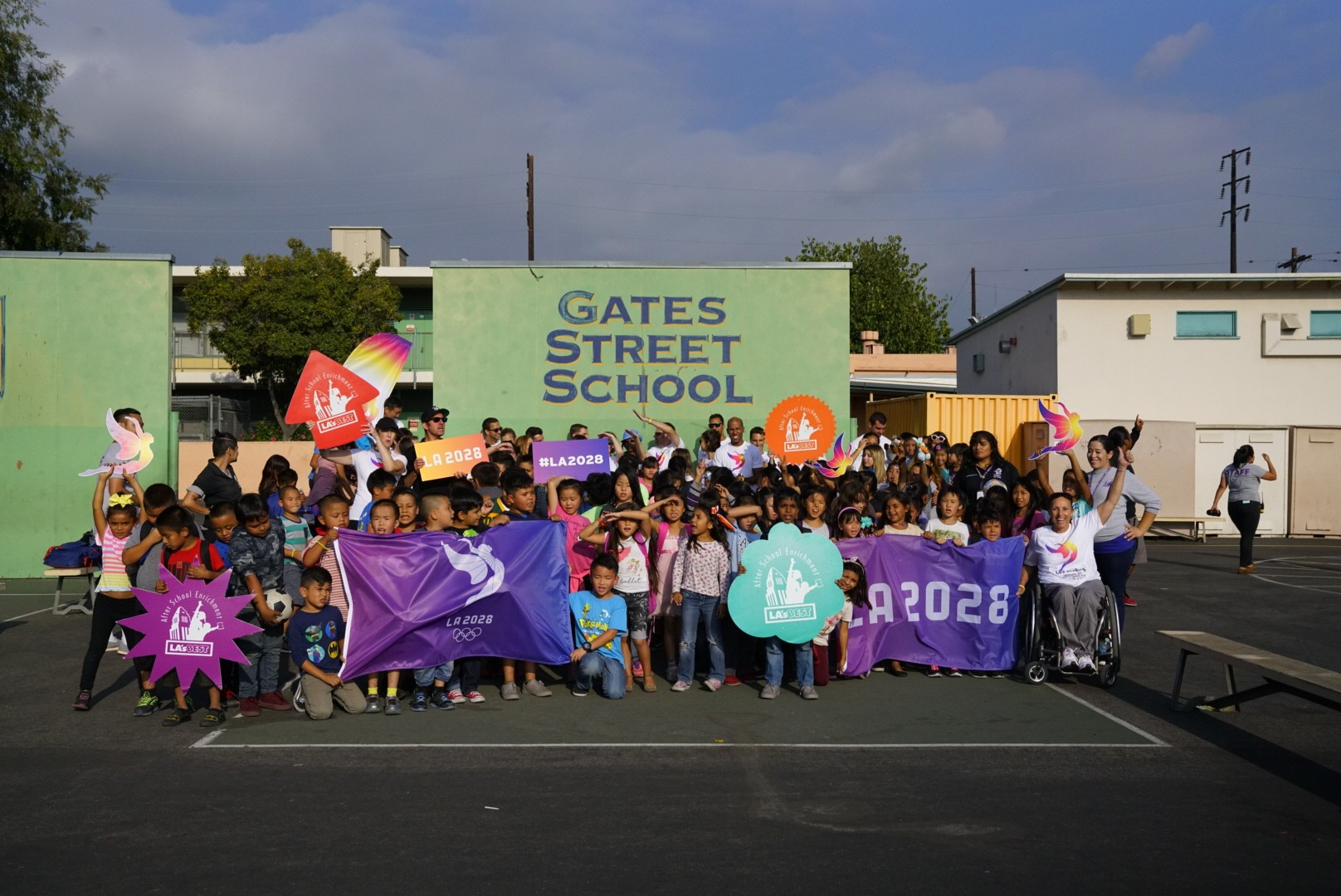 Los Angeles 2028 organisers have joined Olympians and Paralympians for a volunteer service project to promote youth sports for the city's students.

They also helped decorate a garden planted by Games staff.

The historic decision to officially award the 2024 and 2028 Olympic and Paralympic Games to Paris and Los Angeles was made earlier this week.

It came after the International Olympic Committee (IOC) Session rubber-stamped the agreement between the two cities and the IOC by a show of hands.

The ratification of the agreement came after it was approved at an Extraordinary IOC Session in Lausanne in July, paving the way for the IOC to award two editions of the Games at the same time.

“Hosting the Olympic and Paralympic Games in 2028 means we have 11 years of excitement and work ahead of us to promote youth sports programmes in the city of Los Angeles," said Los Angeles 2028 vice-chair Janet Evans.

"With more than 15,000 volunteers already signed up through our volunteer programme, we’re excited to harness Los Angeles' spirit of volunteerism now and through the Games to show the next generation the benefits of playing sports and to serve all our communities.”

Under the terms of the Host City Contract 2028, the IOC will advance funds to the Organising Committee in view of the longer planning period and increase participation and access to youth sports programmes in the city in the years leading up to the Games.

Los Angeles' BEST provides an after school enrichment programme to 25,000 elementary school students in 197 schools in the most economically distressed neighbourhoods throughout the city.

Students are given the tools to "excel in school, discover new talents and create a brighter future".

"The 2028 Olympics have already begun to have a positive impact on children and communities across Los Angeles and we're excited for what comes next."