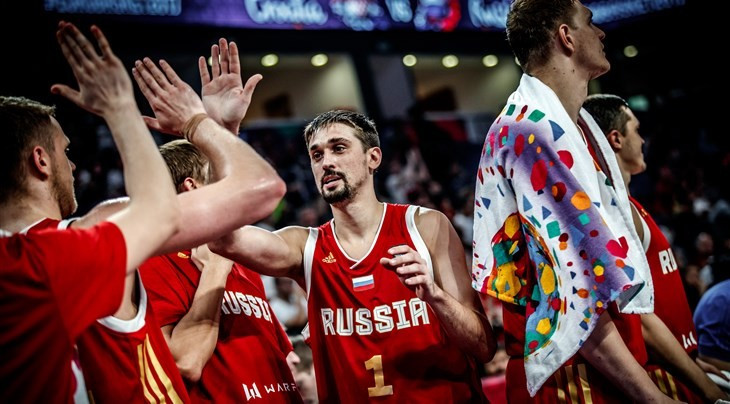 A superb performance by Alexsei Shved propelled Russia to a convincing 101-78 victory over Croatia to reach the EuroBasket quarter-finals in Istanbul today.

They led 45-41 at the break before increasing their advantage at the Sinan Erdem Dome.

It sets up an intriguing quarter-final with Greece, who stunned Lithuania yesterday.

"It was a good game for us, not only by result, but also the way we executed what we wanted," said Russia coach Sergey Bazarevich.

"But we were patient, we kept doing what we wanted and it gave us this result."

Defending champions Spain also progressed despite being given a scare by hosts Turkey.

The Spaniards constantly but were unable to open clear daylight against a determined host nation.

Fifteen points from Ricky Rubio proved key in a 73-56 victory.

It set up a quarter-final with Turkey.

Latvia thrashed Montenegro 100-68 in the opening last 16 match of the day.

They will now face Italy for a place in the semi-final and  Latvia will meet Slovenia.

Matches are scheduled to take place on Tuesday and Wednesday (September 12 and 13).