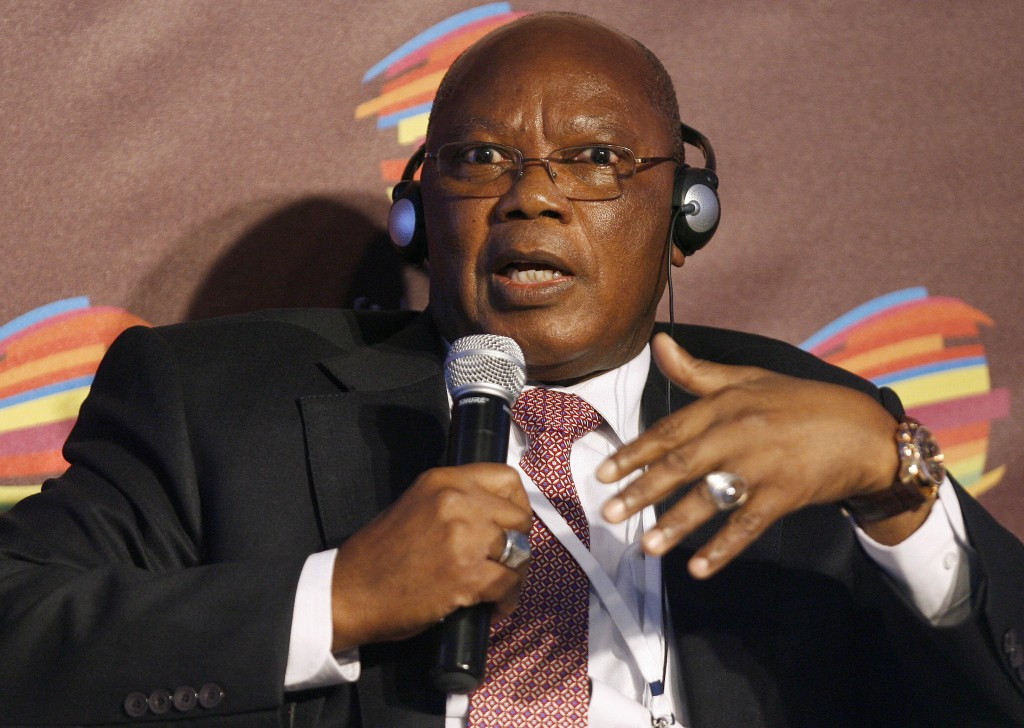 Association of National Olympic Commmittees of Africa (ANOCA) President Lassana Palenfo has been accused of misleading the organisation's membership as the row over the disputed election in May continues.

Djibouti National Olympic Committee (CNOSD) President Aicha Garad Ali claimed Palenfo had "introduced more confusion" after he wrote a letter in response to calls from them for an Extraordinary General Assembly (EGA) to be held in Prague in November.

Ali, a member of the International Olympic Committee (IOC) due to attend the Session here this week, is a key part of a campaign spearheaded by CNOSD.

They claim ANOCA's members were deprived of their constitutional rights at the controversial General Assembly in Djiobuti in May.

Hamad Kalkaba Malboum, Palenfo's only challenger in the election for President, was barred from standing by the ANOCA Executive Committee.

Kalkaba, President of the Cameroonian Olympic Committee, was referred to the IOC Ethics Commission after he was accused of illegally using the Government in Cameroon to campaign on his behalf.

He denies the allegations.

The IOC Ethics Commission refused to interfere and instead told ANOCA to rectify the issue internally.

This decision was not communicated to the ANOCA General Assembly, however, which forms the main basis of the complaint from Djibouti.

It prompted the CNOSD to call for an EGA to take place in the Czech capital.

If the campaign is successful, the lection could be re-run.

In the letter to the ANOCA membership, seen by insidethegames, Palenfo dismissed several of the claims made by Ali.

The Ivorian, re-elected by acclamation at the meeting in Djibouti, said holding an EGA in just two months' time would be "premature" and would "most likely not reach a fair solution".

Palenfo, ANOCA President since 2005, claimed an EGA should not be held until the Court of Arbitration for Sport (CAS) make a ruling on Kalkaba's case.

"As a matter of fact, it should be agreed, to leave the competent bodies, the CAS and the [ANOCA] Ethics Commission in our case, to proceed with their investigations free from any pressure, before coming up, collectively, with the next steps to be decided," Palenfo wrote.

Kalkaba, a vice-president of the International Association of Athletics Federations, appealed to the CAS after he was banned from standing as a candidate.

Palenfo did agree, however, to "arrange an informal meeting alongside the Association of National Olympic Committees General Assembly in Prague to address the case of Mr Kalkaba and consider any further actions".

If the CAS rule in Kalkaba's favour, a new election could take place, according to the ANOCA Executive Committee.

Palenfo also insisted the General Assembly in Djibouti had been staged in a "peaceful atmosphere", despite the controversy surrounding Kalkaba's candidacy and that the decision to suspend the Cameroonian was not contested by the members at the meeting.

In response, Ali cast doubt on the assertions made by the current ANOCA head in what represents a deepening of the schism between the governing body and those who oppose the result of the election.

In a letter to the Presidents and secretary generals of all African NOCs, obtained by insidethegames, Ali wrote that asking the members to "to await the decision regarding a case on which we have almost no information and which was a personal decision, will in no way provide answers to urgent questions of concern to us all - lack of transparency in the management of events in Djibouti".

"I would say without a shadow of doubt that the points raised in the correspondence referred to above do not in any way lift any ambiguity, but rather introduce more confusion, and, in fact, should bring the NOCs and we the officials to think even deeper," Ali said.

Ali has also criticised the establishment of an ANOCA Ethics Commission, which she claims was done behind closed doors and should have been the decision of the General Assembly, not the Executive Committee.

ANOCA President Palenfo mentioned the creation of an ethics body within the organisation but Ali and his opponents say this was not communicated and its composition has not been confirmed.

"In the light of the information contained in the letter received, it is important that more detailed information should be provided to the NOCs who have the right to know when this commission was put in place, who defined its powers and who appointed its members," the letter reads.

"Without doubt this commission, which should be put in place by the General Assembly, will henceforth be able to sit and decide amongst other things on all issues that threaten to stigmatise the dignity of our association."

Ali added that delegates at the General Assembly were "misinformed" and could not have protested because they were not given the floor to speak.

Ali also insisted that the decision to bar Kalkaba was not the "main subject of our request" and the only reason the event did not descend into chaos was because of mediation undertaken by the CNOSD as the host of the General Assembly.

"Allow me to inform you that the President of the IOC was on the verge of canceling his coming due to the potentially not
conducive meeting environment," Ali wrote in the letter.