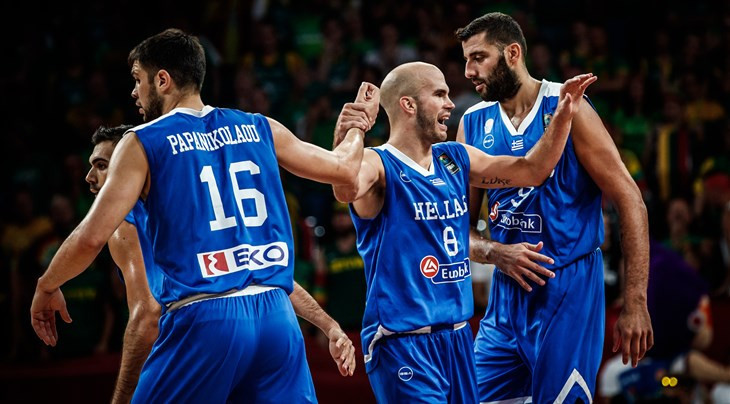 Greece produced an inspired performance to stun Lithuania and reach the quarter-finals of the EuroBasket in Istanbul today.

It came on a busy today of last 16 competition at the Sinan Erdem Dome in which France also failed to reach the quarter-finals for the first time in 20 years.

Greece had stumbled through the group stage and only progressed after a last-gasp win over Poland.

But they produced a performance of huge quality today to triumph 77-64 against Group B winners Lithuania.

Kostas Sloukas produced 21 points as they withstood a last-quarter fightback to set-up a quarter-final with either Croatia or Russia.

Germany edged the closest match of the day, inflicting a heartbreaking 84-81 loss on the French.

The game ebbed and flowed throughout but a late three-pointer from Nando de Colo proved key.

"We attacked the basket more and knocked down open shots."

Germany will next face either Spain or Turkey.

Slovenia continued their unbeaten tournament record with a convincing 79-55 win over Ukraine to set-up a last-eight clash with either Latvia or Montenegro.

Italy will face either Serbia or Hungary after defeating Finland 70-57.

The remaining four last-16 clashes are scheduled to take place in Istanbul tomorrow.