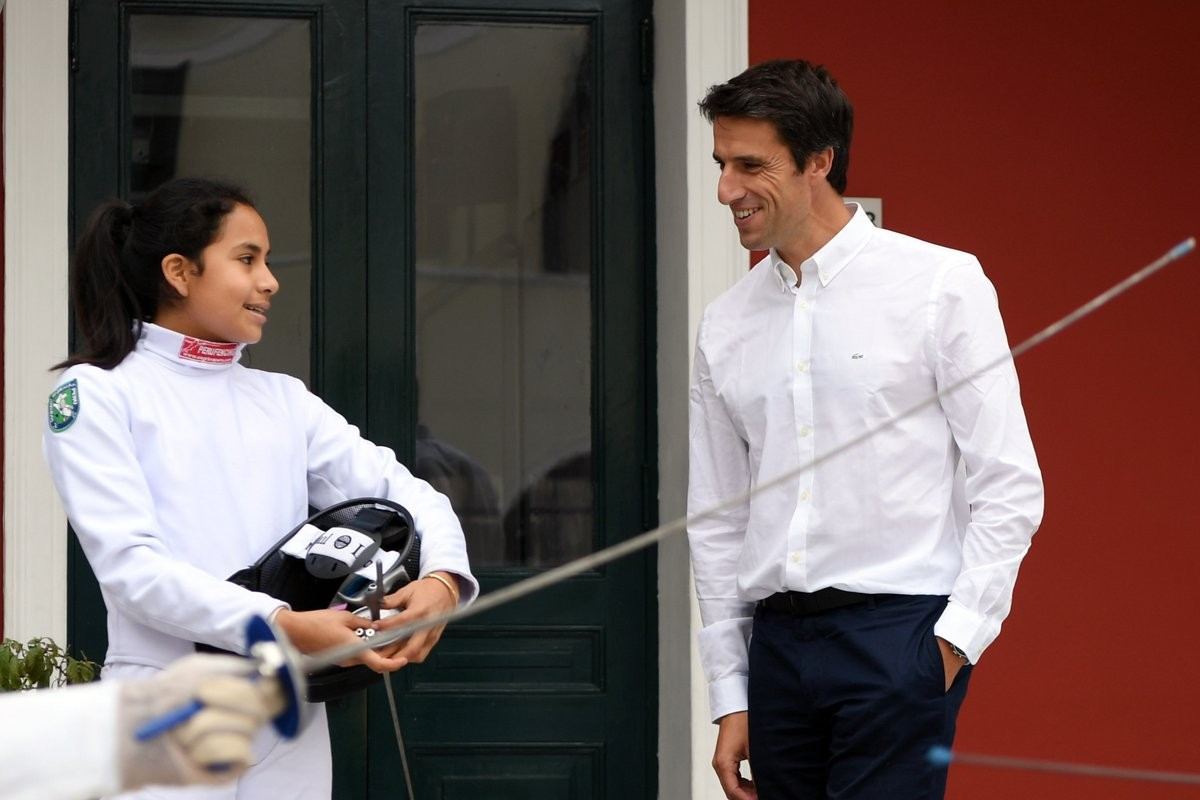 Tony Estanguet has claimed he feels ready for the challenge of guiding preparations for the 2024 Olympic and Paralympic Games as the co-chairman of the bid prepares to transition into the role of Organising Committee President.

Paris is due to be formally awarded the Games by the International Olympic Committee (IOC) at its Session here on Wednesday (September 13) with Los Angeles given 2028.

It was announced in May that Estanguet would assume the role of Paris 2024 President should they be awarded the Games.

"It is the first time in my life that I have a plan for seven years," the triple Olympic canoe slalom gold medallist told insidethegames here today.

“It is a little bit strange.

“I think I will need every single day to deliver.

Los Angeles then announced its candidacy for the 2028 Games, leaving the path clear for Paris to host the earlier edition.

Estanguet is confident the experience he has gained from the bid process has prepared him to lead preparations for when the French capital hosts the Games for the first time in 100 years.

He paid tribute to the support offered to him by co-chairman Bernard Lapasset – due to become Honorary President of Paris 2024 – IOC member Guy Drut and French National Olympic and Sports Committee President Denis Masseglia.

The thought of leading the Olympic preparations of the French capital had not occurred to Estanguet at the start of the bid process in 2015.

"If you had asked this question maybe two years ago, I would have said it is unbelievable," he told insidethegames.

"But I feel I have improved a lot over the last two years and have learnt a lot, thanks to this process and the bid.

"I feel ready to continue, because I know how to engage with the politics, politicians, with the sport movement and trying to coordinate all of this team.

"I have a helpful team and want to pay tribute to them, as they have shared their expertise.

"With Bernard, Guy, Denis have really helped me to improve myself."

Estanguet was speaking as Paris 2024 held a special cultural and sport event at the French Cultural Centre in the Peruvian capital.

The event featured sports activities, with competition between athletes and children, as well as cultural demonstrations.

Taekwondo player Gwladys Épangue, a two-time world champion and Beijing 2008 Olympic bronze medallist, and basketball star Emmeline Ndongue, a member of the French team that won an Olympic silver medal at London 2012, were among the French athletes at the event.

Paris 2024 were also honing their preparations for their final presentation to the IOC on Wednesday (September 13).

Estanguet insisted it was right for Paris 2024 to continue their campaign right to the end, even though it is a formality they will be awarded the Games.

He also revealed that Paris 2024 had already started the transition from being a bid to becoming an Organising Committee.

"There is this great dynamic, a great team and we really want to deliver until the end and make sure our last presentation is at a really good level," he told insidethegames.

"There is this transition.

"Maybe in the past, where there has been a normal scenario, you do not have time to be at the two phases at the same time.

"It is the case now, because it is not completely over and we need to go through the process, but on the other hand it is true we have already started to anticipate the next phase and start to work on it a little bit.

"We have achieved something great for France and the sport movement, we can feel proud about the job we have done over the past three years.

"We want to end the campaign in the right manner and celebrate this moment, as our mandate from the beginning was to bring back 2024.

"We do not want to minimise this announcement, as it is so important for a whole generation.

"I have been an athlete and sport changed my life.

"This project could change the lives of many, many people.

"This is my target, my main objective.

"More than ever, I will continue to fight to make sure the Games in 2024 will promote in the best manner the brand of the rings."