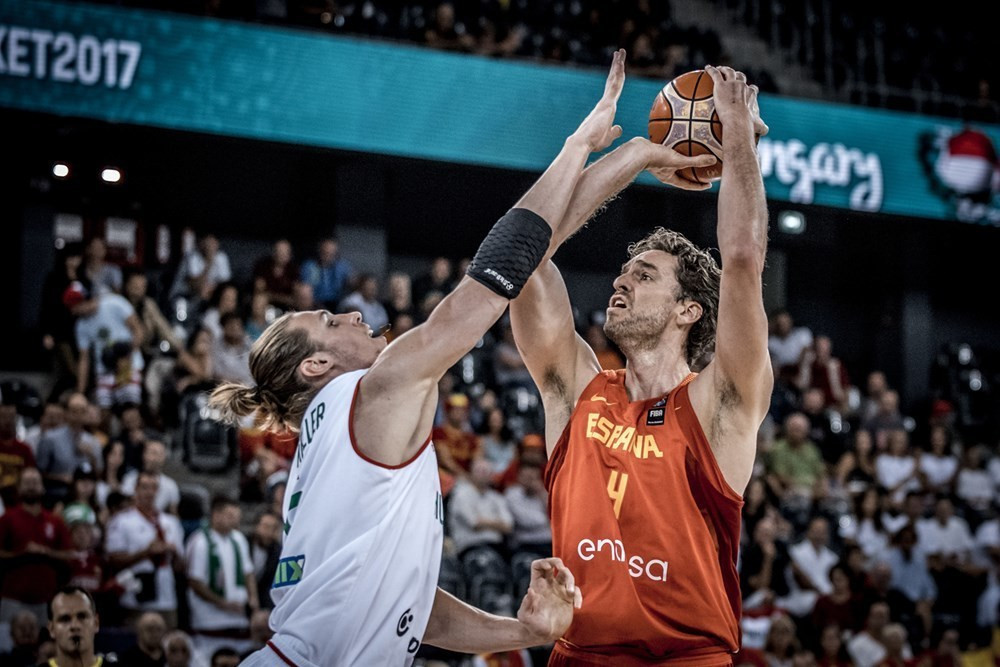 Defending champions Spain have eased through to the round of 16 at EuroBasket as they topped Group C with a 100 per cent record in Cluj-Napoca.

Pau Gasol scored 20 points, taking him to 1,111 at this tournament in his career, meaning the 37-year-old Spaniard is now the new leading scorer in the history of EuroBasket.

"For sure, that was something that was on my mind and I wanted to get it over with, get it off the table," said Gasol after the match.

"So now we can prepare, there's no other talks about anything individual here.

"We come as a team, our success is going to be based on how well we play together, how well we focus on the upcoming games, which are the most important ones."

Croatia ensured they finished second in Group C by scoring over 100 points in a match for the first time in 20 years.

The last time they reached triple figures was July 5, 1997, when Croatia defeated Germany 100-93.

Montenegro sealed third place in Group C by beating Romania 86-69 this evening with Hungary also qualifying for the last 16 in fourth.

In Group D, Serbia secured first place in Istanbul by beating Belgium 74-54 at the Fenerbahce Arena.

Boban Marjanovic carried the team with a 22-point, seven-rebound performance in just 22 minutes of playing time.

Bogdan Bogdanovic chipped in with 15 points and nine assists, while Milan Macvan added 10 scores of his own.

The defeat did not affect Turkey's progression as they still advanced to the round of 16 in fourth place.

Russia claimed third in the Turkish capital after they collected an 82-70 win over Great Britain earlier today.

Tomorrow is a rest day before the first four round of 16 fixtures are pencilled in for Saturday (September 9).