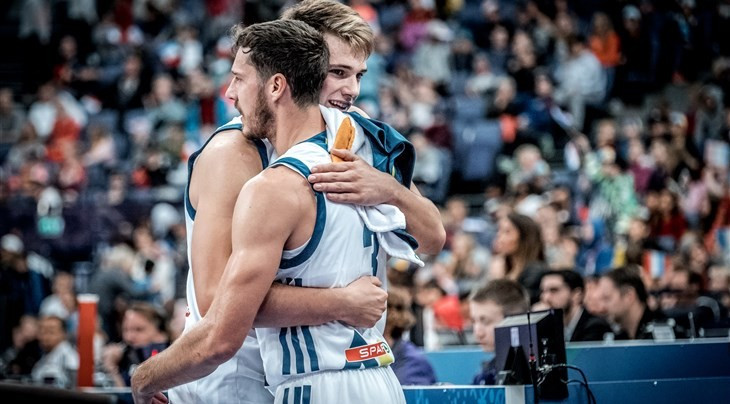 Slovenia claimed top spot in Group A of EuroBasket 2017 after defeating France to maintain their 100 per cent record in Helsinki today.

Following a tight opening quarter, Goran Dragic and Luka Doncic dominated the second period to hand Slovenia a 17-point lead at half-time at the Helsinki Arena in the Finnish capital.

Slovenia eventually cruised to a 95-78 victory with Dragic finishing on 22 points and eight assists, while Doncic had 15 points and nine rebounds.

It means they finish top of Group A with hosts Finland claiming second after recording an 83-79 win over Iceland this evening.

France dropped to third place in the standings as Greece secured the final place in the round of 16 from Group A.

The Greeks secured their progression with a comfortable 95-77 win over Poland earlier today.

After beating Germany 89-72 at the Tel Aviv Arena earlier today, Lithuania finished in top sport after recording four wins and one loss.

Jonas Valanciunas was in sublime form Lithuania as the centre collected 27 points and 15 rebounds while Mantas Kalnietis added 10 points and 9 assists.

Germany finished in second place in the standings and Italy took third with a 71-69 victory over Georgia.

Defeat was a sign of things to come for the Georgians this evening as Ukraine beat Israel 88-64 to qualify for the next round.

This saw the Ukrainians snatch the fourth and final place in the round of 16 at the expense of Georgia, who finished fifth.

Action is due to continue tomorrow when Groups C and D will conclude.