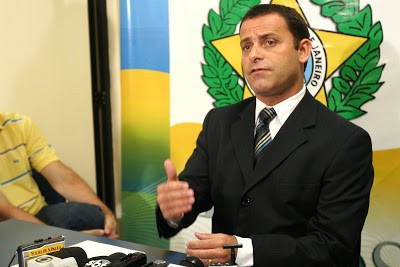 A date of November 29 has been set for the start of the trial of Patrick Hickey after he was charged with a series of offences linked to the illegal distribution of tickets for last year's Olympic Games in Rio de Janeiro.

The 72-year-old Hickey is hoping to give his evidence via a video link from Dublin, although his legal team have not yet formally requested this.

The former President of the Olympic Council of Ireland (OCI) and self-suspended member of the International Olympic Committee faces charges of theft, tax evasion, money-laundering and criminal association after hundreds of tickets to Olympic events were seized by police.

Schilling Duarte revealed that only Hickey and a co-accused Kevin Mallon, an employee of THG Sports, had responded to criminal accusations relating to the ticket touting controversy so far.

His company THG was not authorised to sell tickets for Rio 2016, police claim

Both Hickey and Mallon declared they are innocent of charges against them.

A Brazilian woman, Barbara Carnieri, arrested alongside Mallon, has not responded, and is not thought to be in Brazil.

Other defendants, originally listed in the Hickey case, have been summoned in a separate and ongoing criminal process.

In his written statement, Schilling Duarte claimed that the respective defence teams of Hickey and Mallon had "confused themselves" with the material substance of the case.

Both defence teams argued that no crime was committed by their clients and cited a lack of evidence to the contrary.

The judge commented that, while the arguments of legal teams "will be resolved during the course of the instruction", there is just cause to proceed with the criminal trial.

"I verify the presence of all of the conditions necessary for the ignition of penal action, with especial emphasis on just cause."

He said there was "no hypothesis for summary absolution".

Among those called to testify in the case will be former OCI general secretary Dermot Henihan.

Henihan is among 13 witnesses to be called by the prosecution in the case involving alleged ticket touting during last year Olympic Games in Rio de Janeiro.

A final verdict in the case is not expected until January or February 2018.

Hickey had initially been ordered to remain in Brazil upon his release from prison following his arrest on August 17 last year.

Prosecutor Marcos Kac claimed last week that if Hickey did not return to Brazil for his trial his bond would be retained locally.

Kac claimed that video conferencing is possible during Brazil cases but Hickey had not agreed to this when he signed his bail agreement that allowed him to go home.