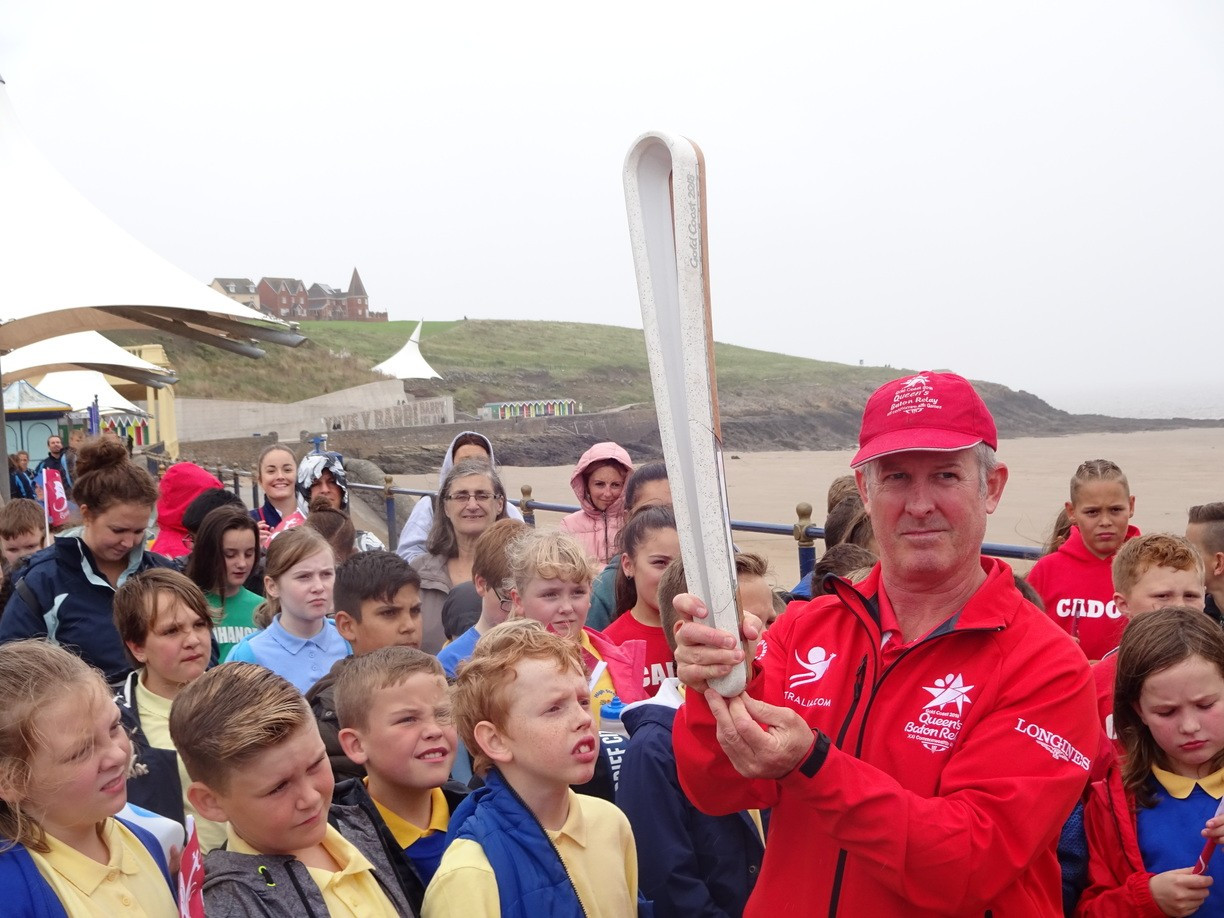 The Queen’s Baton Relay has arrived in Cardiff in exuberant style on the first day of a four-day tour of Wales.

Although it still has many miles to go before it reaches the Gold Coast in Australia next April, many feel this is a homecoming because the first relay carrying a message from the Queen was sent for the 1958 Games in Cardiff.

The 2018 baton arrived in the city in style.

It travelled across Cardiff Bay by the water taxi "Princess Katherine" escorted by ‘"Challenge Wales", a tall ship used to introduce young people to the sport of sailing.

It was brought ashore outside the Welsh Assembly building by Gaynor Legall, a promising athlete shortlisted for the 220 yards Welsh team at the 1966 Commonwealth Games in Kingston in Jamaica.

Sadly, she was left at home because of a lack of funding.

"I was dropped from the team because they said I’d got time to develop and go to the next one but I stopped competing," Legall, later part of the Welsh team which tried unsuccessfully to bring the 1994 Commonwealth Games to Wales, said.

"I was never bitter about not taking part and was able to bring myself to watch it on television.

"One of the things I like about the Commonwealth Games is it shows the localities as well as the Games.’"

The Baton was carried through the Butetown area of Cardiff with an escort of children from the local Mount Stuart School, consisting of six colourfully dressed musicians.

All wore masks to create a spirit of a carnival.

For Baton carrier Julie Hamzah, the event recalled memories of her experience at Melbourne 2006 in the elite athletes disabilities shot put.

"I sat on the seat and pull on a pole but my pole snapped," she said.

"You never give up you just carry on doing it, but it was a shame, it snapped in half.

"I could have come home with a bronze, but it still felt amazing representing Wales, it was a big achievement for me.’"

The Baton also made symbolic stops at the South Wales Islamic Centre and the Greek Orthodox Church.

Earlier in the day, former WBO Cruiserweight champion Enzo Maccarinelli had been the first Baton bearer on Welsh soil when he carried it in near-darkness as the rain fell in Swansea.

It was greeted by Welsh First Minister Carwyn Jones in Bridgend before arriving in Barry Island.

Rio 2016 Olympic sailing champion Hannah Mills was among Baton bearers on the promenade just as the rains came.

"‘I am used to having wet frizzy hair," she joked.

Children from local schools won’t forget their first day back after the long summer holiday as Mills gave them a really close look at the Baton.

‘’It was great that there are so many kids here getting excited and getting involved,’’ she said.

"It's like when I bring the Olympic medal out and show some of the kids at schools or sailing clubs, you see their faces light up and how special is it to hold it, it brings it back what an amazing thing it was we achieved last year."

Mills can never win a Commonwealth Games gold medal, as, throughout its 88-year history, sailing has never been on the programme.

"It is a real shame because representing Team GB is awesome at the Olympics, but particularly being Welsh it would be super special to be part of Team Wales," she said.

Tomorrow, the Baton travels to Newport where it will travel by gondola, and to Monmouth, where the flavour of 60 years ago will be recreated by 81-year-old baton bearer Terry Howells.

The Ceremonial Baton presented to the Cardiff Organising Committee chairman Sir Godfrey Llewellyn for those Games will be displayed by his daughter Mrs Gwenllian Hacket-Pain.