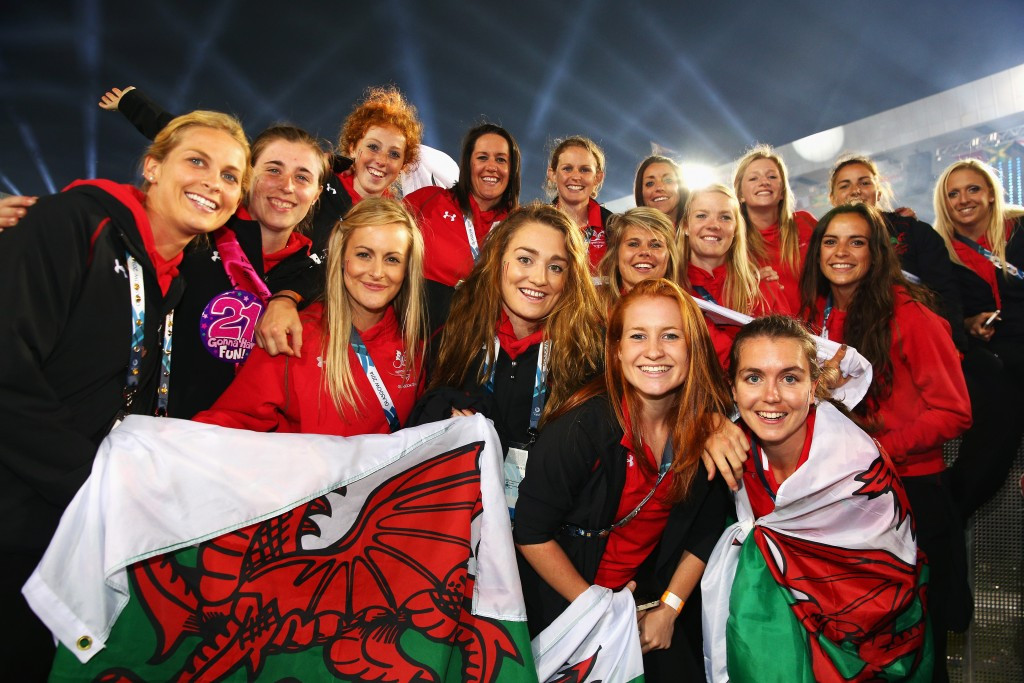 Many will feel that the Baton has returned home when it arrives tomorrow.

It was for the 1958 Cardiff Games that the Queen first sent a message to be relayed, the start of a tradition unique to the Commonwealth Games.

"’There's only one message," The Queen wrote it herself, she signed it and I was there to watch her," said Commonwealth Games Federation President Louise Martin.

"It goes round every country in the Commonwealth Games.

"Every country is taking this to heart.

"Wales will be proud to have it back on its soil again."

By the time Prince Charles reads the words at the Opening Ceremony next April, the Baton will have travelled a record 388 days.

Its origins have never been clearly established, but organisers certainly needed something distinct from the Olympic Torch.

In 1951, the International Olympic Committee, determined to protect their most famous symbol, sent out a communiqué.

"It is to be desired that in the future, to preserve the prestige of the Olympic flame, that the right to carry it, should be reserved solely, and unconditionally, for the celebration of the Olympic Games," it said.

Cardiff organisers were determined to put on a show.

Wales celebrated 100 years of their national anthem "Land of My Fathers" in 1956, when Bernard Baldwin, a local school teacher and athletics official, arranged a ten mile race "Lawr y Cwm" - of mountain to valley.

Olympic marathon silver medallist Tom Richards carried a Baton with a message of goodwill from Mountain Ash to Pontypridd.

"I believe it is Baldwin's ambition to persuade Cardiff Corporation to further the cause of road running by organising another Lawr y Cwm as a finale to the 1958 British Empire and Commonwealth Games," said 1928 Olympic marathon silver medallist Sam Ferris.

The suggested finale did not happen but may well have inspired the Baton Relay in 1958.

The Baton was designed by Colonel Roy Crouch.

It featured traditional Welsh symbols, a dragon, the daffodil and leek and was manufactured by Birmingham silversmiths Turner and Simpson.

He had previously organised London's Olympic Torch Relay in 1948.

When the 2018 Gold Coast Baton was launched in March, singer and environmental campaigner Cody Simpson performed on a brightly coloured stage in the Buckingham Palace courtyard.

The trio met Prince Philip, who had witnessed the Games in Vancouver and was to read the message in Cardiff.

Equerry Lieutenant Commander Peter Campbell handed it to Commander Collins to insert in the Baton.

The three runners wore white England running vests with two red hoops surmounted by a rose as they ran through the Gates and up Constitution Hill, "cheered by a crowd of 200".

They ran to Kensington Gardens to meet Canadian High Commissioner George Drew, representing the past hosts in 1954, and Welsh Minister Henry Brooke as the representative of 1958 hosts Cardiff.

After his stage, the message was transferred to "an exactly similar Baton of metal which was fitted with a lock".

Senior runners were expected to complete a two mile stage but schoolboy runners also took part and each ran a mile.

The whole cavalcade was accompanied by former Olympic hurdler Harry Whittle travelling in a Rolls Royce.

The Relay almost lost momentum before it had even begun.

At Uxbridge, there was no sign of the next two runners.

John Seymour and Tony Redrup had misread the timetable and were both training miles away in High Wycombe when the Relay passed through.

"It was a shocking mix up," admitted Seymour later.

In Wallingford, they went rather further.

The Baton was carried by PC John Choules of the Berkshire Constabulary Athletic Club, accompanied by PC Gordon Keen.

In Oxford, 47-year-old Baton carrier Monty Hillier, landlord of the Kings Head at Tetsworth, was described as "a figure of fitness and cheerfulness".

An Oxfordshire champion over three miles from 1937 to 1952, he ran to and from his work at the Morris Motors factory in Cowley as part of his training.

In Warwickshire, it was proudly announced that 24 runners came from "approved" schools, the name used at the time for young offender institutes.

Locals in Wolverhampton were excited.

"Boys will run with the stars on the long road to the Games," said the evening paper.

"All the boys selected are over 15 and have won over a mile or longer distance this season.

"They are now being trained to run to the schedule."

He later finished sixth in the Commonwealth Games race.

In Coventry, Lord Mayor Harold Winslow was caught unawares by the early arrival of 16-year-olds Errol Watkins and Bill Adcocks, who competed in the Olympic marathon 10 years later.

They waited outside as His Worship scrambled for the chain of office.

Runners continued "all through the night" and finally crossed the border into Wales at Chirk, carried by boys from Llangollen Grammar School.

In little more than two hours, it arrived in Wrexham in the hands of 14-year-old John Rogers.

A pupil at Grove Park, he was school cross-country record holder.

"They just told us in the school that I was picked," he said.

"I was a very fit lad and I could run miles and miles.

"It was very easy for me.

"’From the outskirts of Wrexham, I ran through the town with a police escort."

There were hundreds of people outside the Guildhall as he passed the Baton to Wrexham's Mayor, Thomas Francis Thomas.

"I am surprised how big the Relay has become," he said. "You really didn't think of it at the time.

"At that age you don't realise the importance."

Each runner was presented with a certificate to mark his participation.

When the Baton passed Lake Padarn, rowing competitors broke off training to watch.

They could be forgiven for seeing double when twins Irfon and Elfyn Roberts, pupils at Caernarvon Grammar School, both carried the Baton.

Runners from the mountain rescue service also participated at Llanberis.

The Relay proceeded down the west coast of Wales before it reached Haverfordwest.

There it was handed over in the appropriately named Salutation Square by 17-year-old Roy Stephens, a pupil at the local grammar school.

In Llanelli, the clock had reached 1.56am when Keith Davies of the local grammar school arrived in the town centre accompanied by his club-mates.

The nocturnal run caused disappointment in Neath when it was announced that the first of their five runners would begin at 4.12am.

"What a pity it was not a more reasonable hour, we should have made a really big thing of it, brass bands and all," lamented organiser Derek Gardner of the Young Men's Christian Association (YMCA).

Neath Grammar School and YMCA runners were transported to the appropriate point by a local rugby hero.

Rees Stephens had played for Neath and Wales and had been a British Lion in 1950.

Back in Cardiff they speculated on the "mystery man" to deliver the message to Prince Philip.

"The athlete deputed to carry the Baton with the Queen's message will enter the arena,"’ said the Opening Ceremony operational orders.

In fact it was Jones, wearing the red of Wales, who ran into the Arms Park.

When he presented it to the Prince, someone in the crowd shouted "forward pass", a reference to Jones' other sporting life as a Welsh rugby international.

The Prince read the Queen's message, which said: "I am delighted that so many Commonwealth countries have sent teams to Wales for these Games.

"This is welcome proof of the increasing value which is being placed today on physical strength and skill.’"

At royal request, the Baton was later put on display at the National Museum.

The Gold Coast Baton will spend more time on Welsh soil than any Relay since 1958 but this time it will travel from south to north.

It arrives in Swansea, where former world cruiserweight champion Enzo Maccarinelli is set to launch the festivities.

The Relay will also visit Bridgend before reaching Barry Island where Rio sailing gold medallist Mills and 1992 Paralympic 1,500m champion John Nethercott are among the carriers.

In Butetown, Commonwealth Para-sport shot putter Julie Hamzah will be part of a lively finale to Cardiff's Baton party .

Later in the week, the Relay visits the Royal Mint at Llantrisant, where gymnast Frankie Jones will strike a coin.

Jones was the last Welsh team member to be feted at Glasgow 2014 when she received the David Dixon Award for her outstanding contribution to her sport.

Rugby union is well represented, with John Bevan, a member of the legendary British Lions team of 1971, Lydiate, a Lion in 2013, and Elen Evans of the Welsh women's team all set to carry the Baton.

The final bearer on Welsh soil will be former hockey international Anne Ellis, before the cavalcade departs to Guernsey in the Channel Islands.