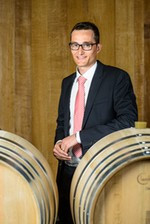 Italy’s former world and European athlete Andreas Castiglioni has been appointed as sport director for natural track by the International Luge Federation (FIL).

The 37-year-old takes over from Chris Karl, who has held the post since 2014.

It follows the decision of the FIL Steering Committee to support the proposal of Peter Knauseder, a vice president for natural track luge.

Castiglioni has competed as a natural track luger since 1998, winning silver in the men's singles at the 2005 FIL World Natural Track Championships in Latsch, Italy.

He also won silver in the men's singles event at the 2004 FIL European Natural Track Championships in Huttau, Austria.

They have taken place on an almost annual basis since then in non-Winter Olympics years.