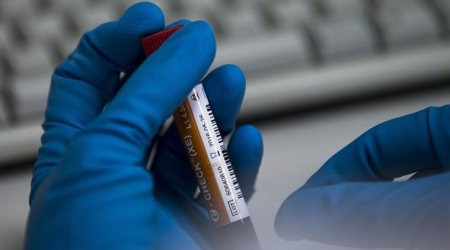 Athletes heading to next year's Commonwealth Games in the Gold Coast will be liable to early testing by a pre-Games anti-doping taskforce drawing on pooled intelligence in order to detect competitors doping before they reach the arena.

For the first time, every single sample taken during the Games will be stored for possible re-analysis in the light of testing advances under the jurisdiction of the Commonwealth Games Federation (CGF).

Together, the partnership has devised a rigorous anti-doping programme designed to protect clean athletes and the integrity of the Games.

The pre-Games Anti-Doping Taskforce which will be co-chaired by the CGF and ASADA, and comprise membership from Gold Coast 2018, International Federations and regional and national anti-doping organisations.

During the Games, the partnership will ensure a strategic approach to testing, striking a balance between the testing of medallists and target-testing in response to intelligence received from the taskforce.

It will also draw on other sources of intelligence, including Australian law-enforcement organisations, in order to investigate all possible non-analytical anti-doping violations, which cannot be proven through testing, such as the possession and trafficking of banned substances.

The partnership will also implement a comprehensive sample storage and re-analysis programme.

Under the World Anti-Doping Code, samples can be stored and re-tested up to 10 years after they were taken.

Louise Martin President of the CGF, said: "Our vision is to inspire athletes to drive the impact and ambition of all Commonwealth citizens through sport.

"To make this happen, athletes deserve a fair, legitimate and level playing field and sports fans need to know that their heroes are clean.

"This is why I am determined that the CGF and its Medical Commission will play a lead role in the fight against doping in sport, working collaboratively with our partners at Gold Coast 2018 and ASADA so that all athletes and supporters know we’re doing everything we can to ensure a clean Games."

At the last Commonwealth Games in Glasgow in 2014 there were two positive drugs tests.

Nigeria's Chika Amalaha, who was only 16 at the time, failed a doping test for Amiloride and Hydrochlorothiazide, drugs usually taken to treat high blood pressure or swelling due to heart failure or cirrhosis of the liver.

She was stripped of the gold medal she had won in the women's 53 kilograms weightlifting.

At Delhi 2010, Nigerian sprinter Oludamola Osayomi had been stripped of her 100m gold medal after testing positive for the same drug.

Mark Peters, chief executive of Gold Coast 2018, claimed they are "committed to working with the CGF and ASADA to ensure the Commonwealth Games provides a fair playing field for all athletes".

He added: "Hundreds of thousands of people have purchased tickets under the understanding they will see competition undertaken in the true spirit of sportsmanship and we will do everything in our power to ensure that happens.

"This means partnering with leading international anti-doping experts and organisations to ensure we have a strategy built on best practice and the latest international technologies and processes.”

Last year it was announced that approximately 2,600 targeted tests would be carried out on Australian athletes preparing both in their home country and abroad for Gold Coast 2018.

Judith Lind, the acting chief executive of ASADA, said: "Given recent international events, the 2018 Commonwealth Games provide a watershed moment for this Partnership to raise the bar for anti-doping programmes and restore athletes and supporters’ faith in fair competition.

"The decision to tank all samples for the first time in Commonwealth Games’ history, shows our commitment to a high-integrity games, and to the protection of clean athletes the world over."

The programme will operate under the CGF Anti-Doping Standard, which is being adapted for Gold Coast 2018 by the CGF Medical Commission, chaired by Dr M Jegathesan, the CGF’s honorary medical adviser, in partnership with ASADA and Gold Coast 2018.

This Standard authorises the selection of athletes, supervises sample collection procedures and reviews adverse and unusual analytical findings and other anti-doping rule violations.