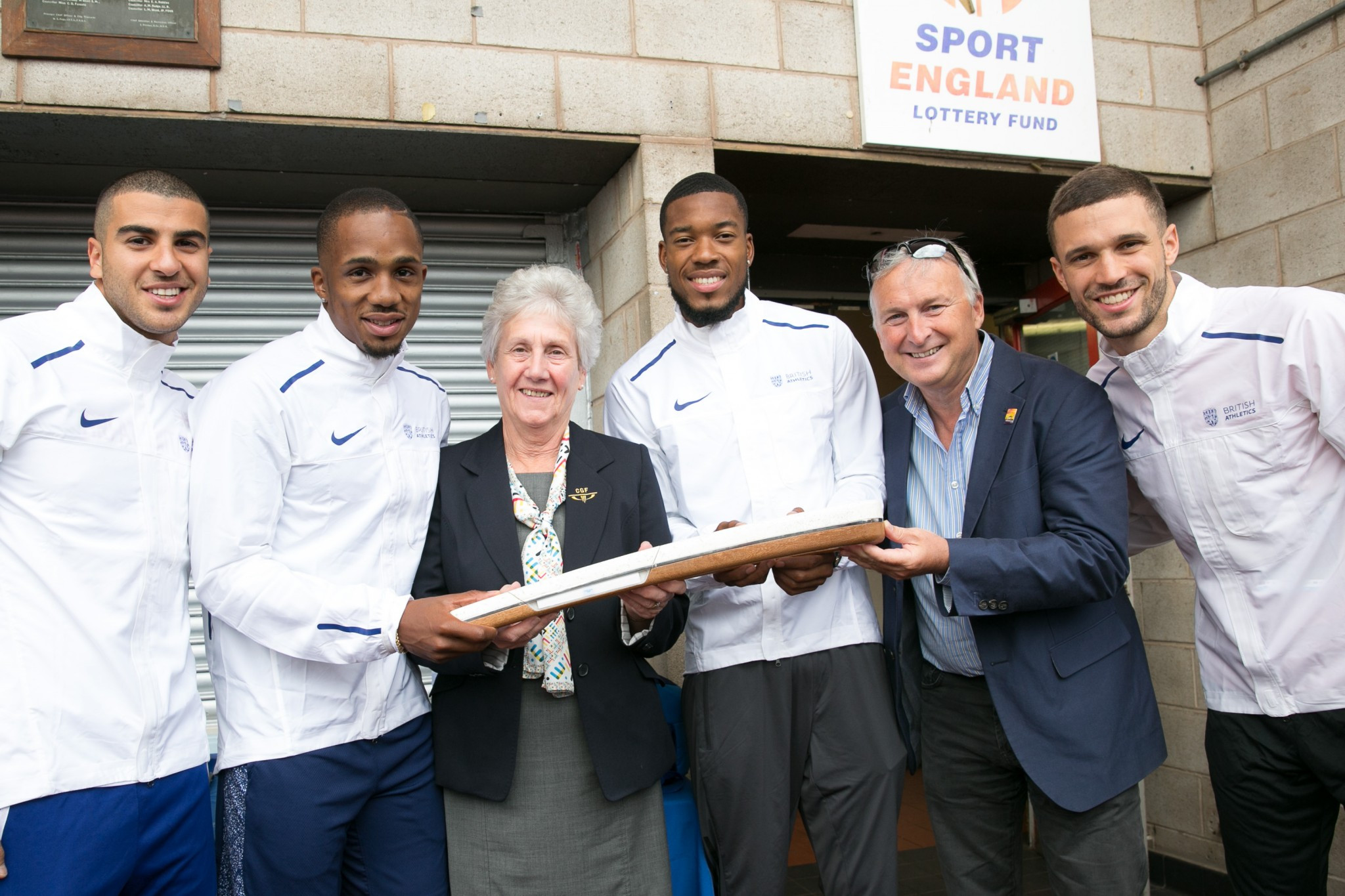 Birmingham has today played host to the Queen’s Baton Relay for the Gold Coast 2018 Commonwealth Games in recognition of the English city's own ambitions to host the 2022 edition.

Many of Birmingham’s iconic landmarks and showcase sports events featured in the Queen’s Baton's visit.

This provided opportunities for the public to see the Baton and the Olympic and Paralympic medallists, Commonwealth Games and world champions who escorted it.

With a focus on youth, inclusion and diversity, the hope of Birmingham 2022 was that the Baton’s visit would inspire future generations, with rising stars escorting it alongside taster sessions of Commonwealth Games sports.

The visit begun with a gospel choir send-off in the inner-city area of Lozells, with local athletes Daniel Chisanga, a footballer, and Monique Hume Wood, a netball player, being the city’s first Baton-bearers in recognition of their commitment to sport and their community.

"I am very proud that I have been chosen as a Baton-bearer for the first leg of the Queen’s Baton Relay in Birmingham," Wood said.

"Sport is a huge part of my life - I have played netball since the age of 13 and think it’s such a great thing for youths to be involved in.

"I hope that the Queen’s Baton Relay, along with our cities bid for the 2022 Commonwealth Games will inspire others to play sport."

The Baton then visited the Fan Zone at Alexander Stadium prior to the International Association of Athletics Federations (IAAF) Diamond League event.

During the pre-show entertainment, the Baton was paraded around the track by athletes who achieved success for Great Britain at the recent IAAF World Championships in London earlier this month.

The bronze bull in front of futuristic shopping centre the Bullring provided a backdrop for photographs with gymnasts Kristian Thomas, a gold medallist in the men's artistic all-around team event at Glasgow 2014, and Mimi Cesar.

Local rhythmic gymnasts demonstrated their sport and the public had the chance to see the Baton up close.

"It’s great to see so many young gymnasts and members of the public down here today backing Birmingham’s bid for the Commonwealth Games in 2022," Thomas, an Olympic bronze medallist, said.

"I am definitely behind the bid and hope it comes here, it’s such a great city."

A visit was then made to Edgbaston cricket ground before Para-track cycling Commonwealth champion Helen Scott escorted the Baton around Brindley Place and canalside for more photographs, including outside the proposed gymnastics venue, the Barclaycard Arena.

"It’s wonderful to be at heart of the city with the Queen’s Baton Relay today," Scott said.

"We have iconic venues around us which showcase the city’s accessibility, inclusivity and diversity and youth.

"Having competed at the Commonwealth Games, I know what is required of a host city and I think Birmingham has proved they are more than capable today."

A steel drum band welcomed the Baton to its final stop at the award-winning Library of Birmingham where World Boxing Association super-flyweight champion Kal Yafai and his boxing brothers Gamal and Galal escorted the Baton for a civic reception with the Lord Mayor of Birmingham, Councillor Anne Underwood.

"We have shown what our city has to offer including a diverse and energetic culture and fantastic sporting venues, in fact it was down the road at the Barclaycard Arena I retained my world title," Yafai said.

"I’m so proud to be a Brummie and think we’ve proved why we should be hosting the Commonwealth Games in 2022."

Birmingham is vying to become England's candidate for the 2022 Commonwealth Games, stripped from Durban in March after they failed to meet a series of financial deadlines, along with Liverpool.

A decision on which of the two cities is put forward is due to be made next month.

The Birmingham bid centres around an upgrade to Alexander Stadium, with Villa Park, the Barclaycard Arena and National Exhibition Centre also proposed as key venues.

Victoria in Canada has indicated that it will bid, while Malaysia's capital Kuala Lumpur could be another contender.

Australia has also expressed an interest, but this seems unlikely with Gold Coast hosting the 2018 Commonwealth Games.