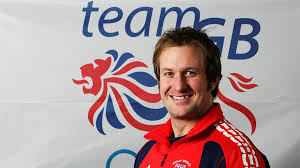 Britain's Mark Hatton has been appointed to the coaching staff of the South Korean luge team as the country continues its preparations for Pyeongchang 2018.

The 44-year-old Briton, himself a former luger who represented his country at the 2002 and 2006 Winter Olympics in Salt Lake City and Turin respectively, will be tasked with training South Korean athletes in the sport in the build-up to February's Games.

His appointments forms part of a drive from South Korea to recruit athletes and coaches from outside of the country to boost their medal hopes at their home Olympics.

Germany’s André Lange, the most successful bobsleigh pilot of all time with four Olympic gold medals and eight world titles, is also part of the South Korean set-up.

Lange is due to begin his new role on October 1 and recently signed a contract through to the end of the winter season.

South Korea's luge squad will include yet another German, Aileen Frisch, a double World Championship gold medallist, after she was approved for special naturalisation and given a passport from the country.

Sartor was known as Steffen Skel before he took the name of his wife Diana Sartor when they married.

Diana is a former German skeleton competitor who finished fourth at both Salt Lake City 2002 and Turin 2006.