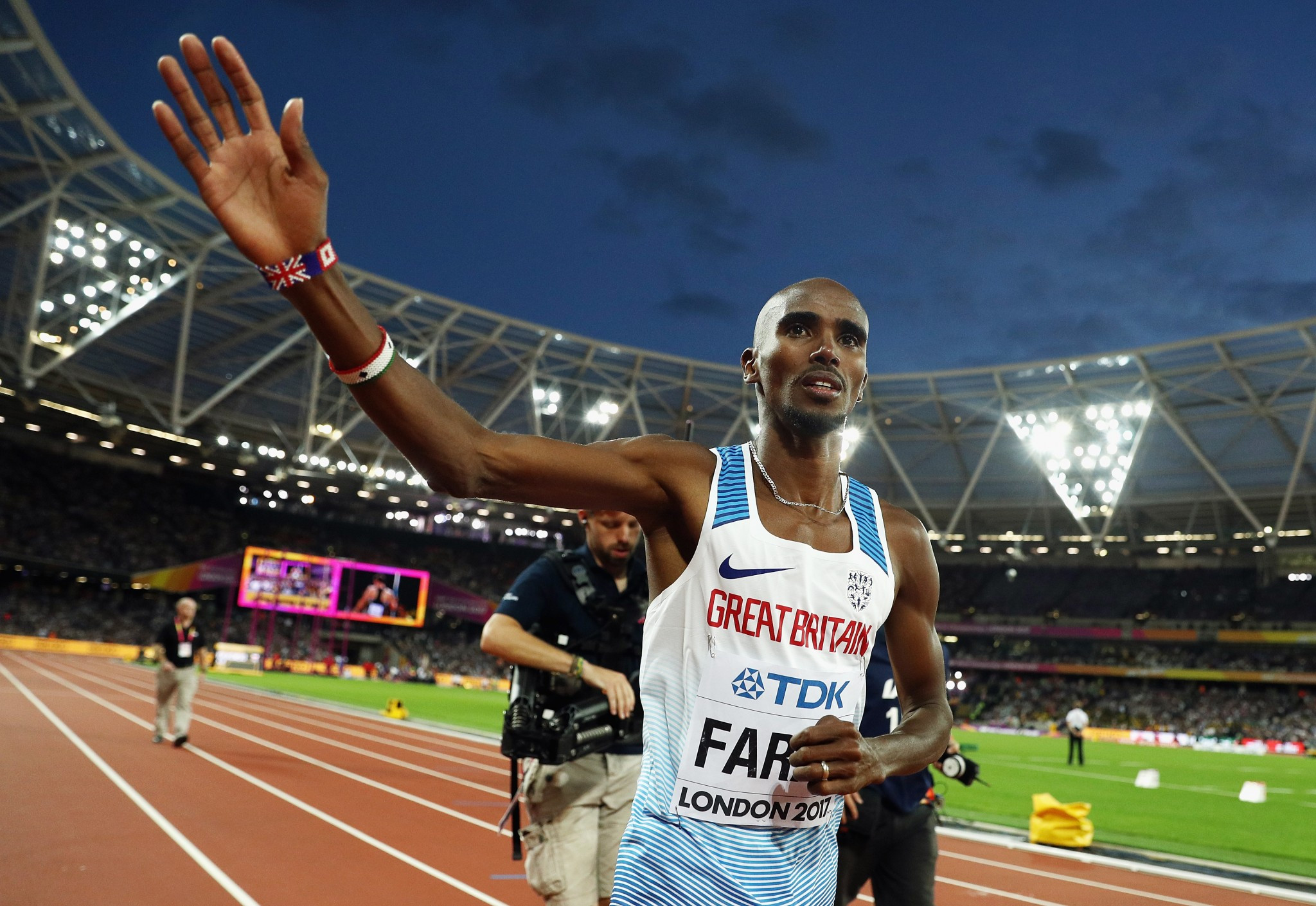 Sir Mo, whose career on the track is due to end at an International Association of Athletics Federations Diamond League meeting in the city tomorrow, told BBC Midlands Today he was hopeful Birmingham would secure the hosting rights for the event.

The 34-year-old is the most high-profile athlete to come out in support of Birmingham's bid.

The city is vying to become England's candidate for the 2022 Commonwealth Games, stripped from Durban in March after they failed to meet a series of financial deadlines, along with Liverpool.

A decision on which of the two cities is put forward is due to be made next month.

"It would be amazing to have the Games here," Sir Mo said.

"So they do know how to put events together and I hope it comes here.

"In Birmingham, I love the crowd and I remember competing here as a youngster and even before I made it with the European Indoors here, the World Indoors, and went from outdoors to indoors, so it's been brilliant."

English Championship side Aston Villa, whose chief executive Keith Wyness has also publicly backed the bid, will show their support for Birmingham 2022 during their home match against Norwich at Villa Park today.

A flag depicting the Birmingham 2022 logo will be passed along the famous Holte End along with Aston Villa's own social mosaic.

🏳️ Look out for the @BirminghamCG22 flag & our own social mosaic flag both surfing across the Holte End at tomorrow's game!#PartOfThePride pic.twitter.com/DbSFlyMYBk

The Gold Coast 2018 Queen's Baton is also set to pass through Birmingham tomorrow.

The Baton will visit the Fan Zone at Alexander Stadium prior to the Diamond League event and will also head to Edgbaston, where it is scheduled to make an appearance during the first day/night Test match in England between the hosts and the West Indies.

“It is fitting that we can celebrate with this Gold Coast 2018 Queen’s Baton Relay’s visit so let’s show how much we want the Commonwealth Games in our hometown by coming out and supporting it on Sunday.

"In five years’ time we could be counting down towards our own Birmingham 2022 Commonwealth Games."

The Birmingham bid centres around an upgrade to Alexander Stadium, with Villa Park, the Barclaycard Arena and National Exhibition Centre also proposed as key venues.

Victoria in Canada has indicated that it will bid, while Kuala Lumpur in Malaysia could be another contender.