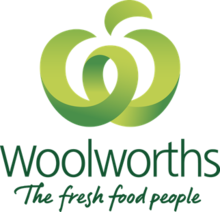 Australian company Woolworths has signed on as the official supermarket and fresh food supporter of the Gold Coast 2018 Commonwealth Games, it was announced today.

The supermarket chain, which has 1,000 stores across the country, have become the latest company to partner with next year's event.

As part of the agreement with the Organising Committee, Gold Coast 2018 merchandise will be made available in Woolworths stores in Australia.

"As Australia’s largest supermarket, Woolworths are one of the nation’s best known brands and a proud addition to the Gold Coast 2018 team," Gold Coast 2018 chairman Peter Beattie said.

“Woolies’ fresh food has been powering young Australians to greatness for years and their involvement with Gold Coast 2018 will also help further support our engagement with all Australian communities via their extensive store network.

“We are also proud that a selection of Gold Coast 2018 merchandise will be on the shelves of their stores across the country.”

Gold Coast 2018 chief executive Mark Peters claimed the sponsorship programme for the Games, due to run from April 4 to 15, was in "excellent shape".

"Our sponsors and indeed all corporate partners are all of the highest calibre and a true indicator to how strong the GC2018 and Commonwealth Games brands are in this country," Peters said.

“It’s great to have Woolworths on board and I look forward to working with them to stage the most successful Commonwealth Games ever."

Woolworths, whose headquarters are in Bella Vista in New South Wales, was founded in December 1924.

It has grown to become Australia's largest supermarket.

"Woolworths has supported many major events in Australia over their long history and it’s wonderful to have them on board for the Games," Commonwealth Games Minister Kate Jones said.

“With Woolworths’ stores right across the country, it’s a great way to showcase all that the Games has to offer - not just on the Gold Coast, but in our Event Cities of Brisbane, Cairns and Townsville.

“The Games will be one of our greatest success stories and a once-in-a-lifetime opportunity to showcase all that is great about Queensland.

“Importantly, the Games will achieve a great legacy for future generations.”