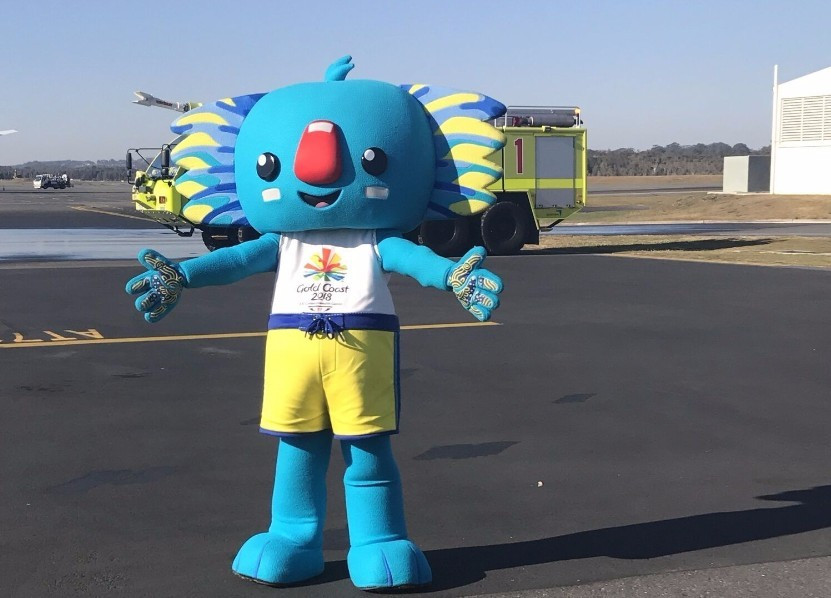 Gold Coast Airport has signed on as an official supplier of the 2018 Commonwealth Games.

It will be the official airport of the Games in Gold Coast, due to run from April 4 to 15, and will be the "gateway to the region" for the event.

The announcement was marked by Gold Coast 2018 mascot Borobi, who was welcomed with a cannon salute on the airport tarmac before the first merchandise store at the airport was opened.

"Our partnership with Gold Coast Airport allows us to work closely with the airport so it is in the best position to deal with the inevitable spike in traffic leading up to, during and after the Games," Gold Coast 2018 chairman Peter Beattie said.

"This is the first time a Commonwealth Games store has been located at an airport and will be the first of 30 locations to open ahead of the Games.

"I couldn't think of a better location for visitors to the Gold Coast to grab a Borobi soft toy or other merchandise to share the dream with friends and family."

It is located 100 kilometres south of Brisbane and is the sixth busiest airport in Australia.

The airport is currently undergoing renovation work, due to be complete by the start of next year's Games.

"The Games and Gold Coast experience will begin as soon as our guests, whether they be athletes, officials, media or spectators, touch down at Gold Coast Airport," Gold Coast 2018 chief executive Mark Peters said.

"We know all Gold Coast Airport staff and our team of Gold Coast 2018 volunteers at the airport will make a great first impression and set the tone for a fun filled event and Gold Coast stay."