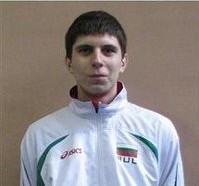 The 24-year-old tested positive for tetrahydrocannabinol, the principal "psychoactive constituent of cannabis", in February.

Bayrev, who helped the Bulgarian team to a fourth place finish in 2016 when the country hosted a European Volleyball League event, admitted he had smoked the substance at a party.

"I was wrong, but what can I do?" he told Bulgarian website blitz.bg in March.

"I cannot turn back time.

"I’m just guilty - I smoked marijuana and they caught me."

Bayrev appealed his initial sentence, the length of which was not made public.

His new one-year sentence, which seemingly marks a reduction on the initial verdict, has now been confirmed by the Bulgarian Anti-Doping organisation.

It will be backdated to February 22, meaning he will be eligible to return to competition on February 21 next year.

The player has also had his club contract with Levski Sofia terminated as a result of the failure.

Bulgarian weightlifters were barred from participating at Rio 2016 due to 11 separate doping cases within the qualification window.