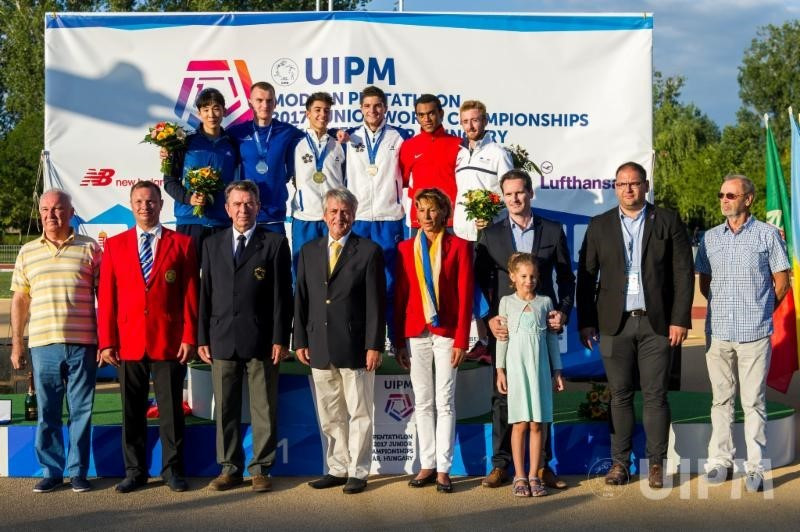 Colasanti topped the podium with a total of 1,440 points, just three in front of Marek Grycz of the Czech Republic.

Grycz had to settle for the silver medal on 1,337 points and the bronze medal was won by Colsanti's team-mate Matteo Cicinelli.

The Italian claimed the bronze medal after a thrilling sprint for the line in the laser run, the concluding event of the men's individual competition.

But he found an extra gear to seal a shock triumph and edge Grycz, winner of the European junior gold medal in Barcelona just seven weeks ago.

Ahmed Hamed of Egypt narrowly missed out on a place on the podium despite clocking the second fastest laser-run time of 11min 00.34sec.

His time was only bettered by Frenchman Jean Baptiste Mourcia, who finished fifth overall, as he completed the course in 10:48.51.

Italy also took team gold on a successful day for them, while Hungary picked up the silver medal and South Korea earned bronze.

"We saw an amazing contest today that showed how dramatic Laser-Run can be, with leading athletes overtaken at the shooting range," UIPM Klaus Schormann.

"The men have underlined what we saw yesterday from the women: that our young people are competing at such a high level that we can all look forward to a great future for our sport.

"Thanks again to the Organising Committee of the 2017 UIPM Junior World Championships here in Hungary and we are looking forward to an exciting mixed relay tomorrow."