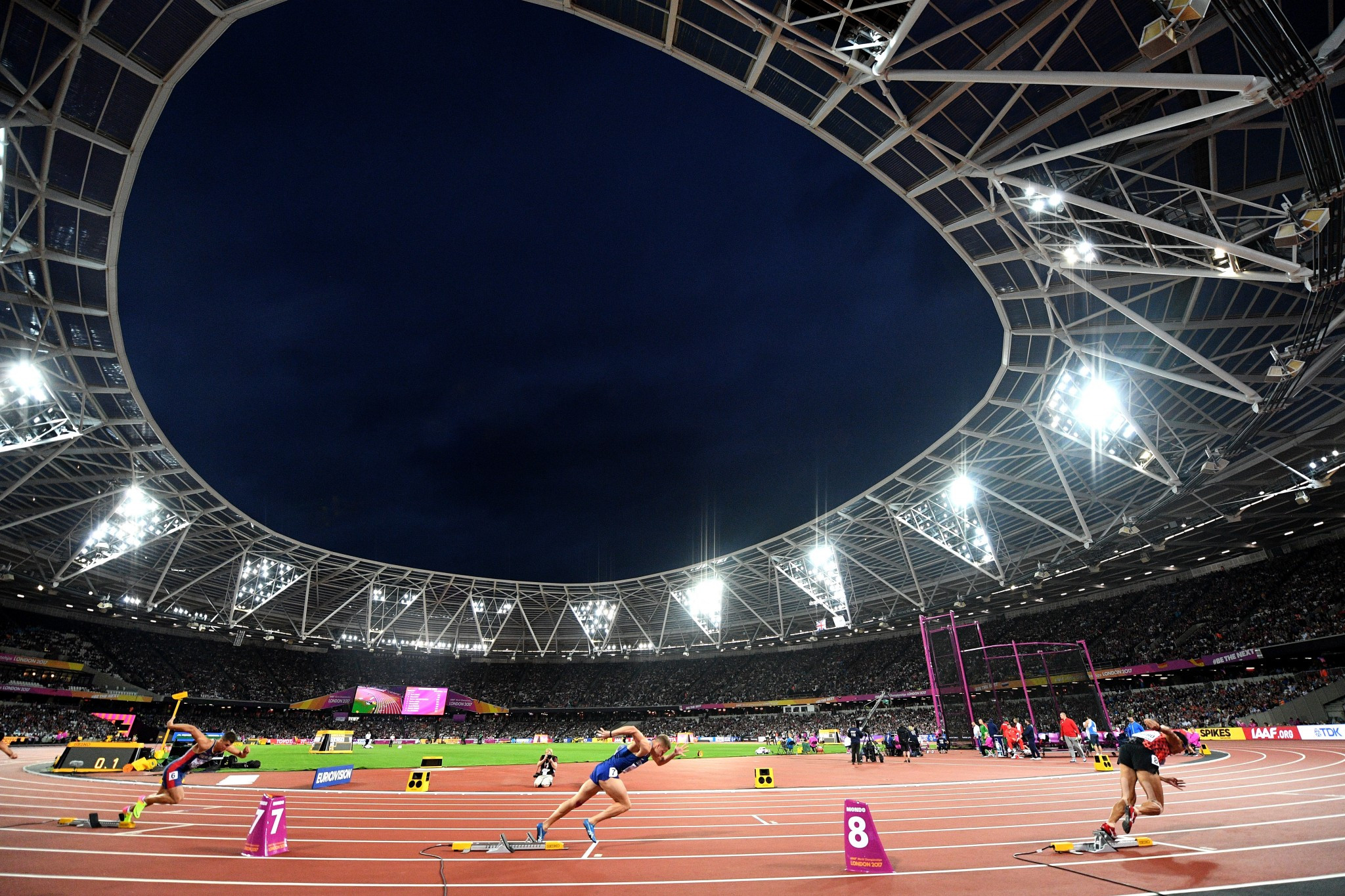 Birmingham and Liverpool have both dismissed a suggestion for the Olympic Stadium to be used to host athletics during the 2022 Commonwealth Games if England are awarded the event.

The idea came from Ed Warner, the former chairman of UK Athletics and co-chairman of the Organising Committee for the International Association of Athletics Federations (IAAF) World Championships here.

He claims the first city out of Birmingham and Liverpool to put the Stadium forward in their plans will "knock out" the other bid.

"If I was leader of the Liverpool or Birmingham bid I would be ringing [London Mayor] Sadiq Khan and say, 'You know what, can we have the athletics in London and we will do everything else?

"My answer is, save a load of money, use this amazing facility, which is the best in the world and make it an English bid.

"I think the two of them should be moving pretty swiftly to make that call because maybe the first one to make the call gets in the box-seat and has the knockout bid."

But neither Birmingham or Liverpool, located 134 and 228 miles respectively from London, are considering taking Warner up on his idea.

"The number of permanent seats will be increased to 20,000, with the ability to increase to over 40,000 through flexible temporary seating.

"The refurbishment will create an international standard sports venue and provide a long-term regional competition and training facility for athletics, as well as multi-use spaces that will benefit local sports clubs, schools and the local community."

Warner's suggestion puts him at odds with one of his closest allies.

Niels de Vos, the chief executive of London 2017 and UK Athletics, is a member of the Birmingham 2022 Commonwealth Games Steering Group who had earlier this year backed plans to redevelop Alexander Stadium, which regularly stages IAAF Diamond League events.

He had claimed that an "enhanced and refurbished stadium that will result from a Birmingham 2022 Games will help to continue our sport’s legacy and benefit future generations of athletes".

A spokesman for Liverpool 2022 was even more dismissive of Warner's suggestion.

London had expressed a tentative interest in bidding for the event in 2022 following the decision of the Commonwealth Games Federation (CGF) to take the event away from Durban after the South African city failed to meet a series of financial deadlines.

But they dropped out in May.

The CGF are also against any proposal which they feel believe would dilute the uniqueness of a multi-sports event by spreading events around too big an area.

Liverpool are proposing installing a temporary athletics track at Everton Football Club's proposed new stadium at Bramley-Moore Dock if they are to be chosen as the preferred candidate.

Doubts over their plans remain, however, and they have so far failed to deliver any detailed plans about how they plan to install and remove an 400 metres athletics track in less than three-and-a-half months when it took Glasgow 13 months to transform Hampden Park when they hosted the Commonwealth Games in 2014.

"It’s so expensive to build an athletics facility," said Warner.

"If you’re in Liverpool just for 10 days of athletics I think it’s money down the drain.

Either Birmingham or Liverpool will be put forward as England's candidate next month.

Victoria in Canada are also in the race, while Australia will only bid if another host cannot be found.

Kuala Lumpur in Malaysia are also considering launching a bid.