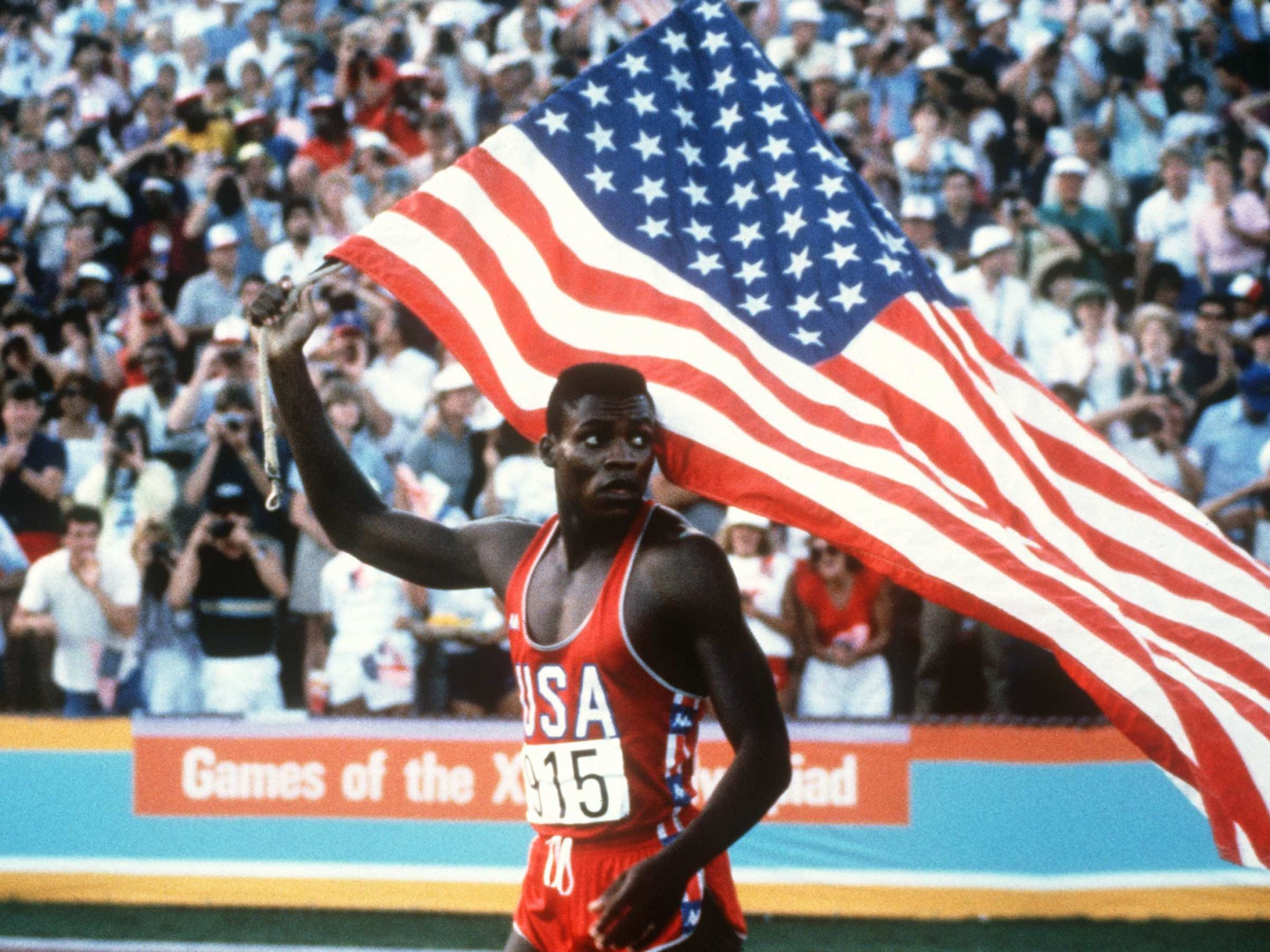 The series aims to captures memories from athletes and volunteers from the Los Angeles 1984 Games.

Narrated by Lewis, a Los Angeles 2028 Athletes’ Advisory Commission member, the teaser has been released 33 years to the day since the 56-year-old famously matched Jesse Owens’ record of winning four athletics gold medals at a single Games.

Walking through the Los Angeles Memorial Coliseum, Lewis can be seen describing his memories of competing there in 1984.

"I would love to bring my son back, and my grandchildren, to be able to say, 'Hey, your granddad ran in this place years ago'," Lewis said.

"I just hope that I can share those moments with them."

The series will officially launch tomorrow on the anniversary of the 1984 Closing Ceremony.

In the upcoming series, Olympians, Paralympians, volunteers and staff will share their 1984 memories and their "excitement about the prospect of making new ones in 2028".

"Angelenos have powerful memories from our magical 1984 Games, and Los Angeles 2028’s "Building our Legacy" video series reflects on the past, but also dreams about the possibilities for the future," said Los Angeles 2028 vice-chair Janet Evans.

"We at Los Angeles 2028 are excited to create our own legacy, which is why we are so excited that our new agreement with the International Olympic Committee (IOC) will allow us to increase participation and access to youth sports programmes in the City of Los Angeles in the years leading up to the Games."

It was announced last week that Los Angeles would bid to host the 2028 rather than the 2024 Olympics following an agreement with the IOC.

This decision is expected to be officially approved at the IOC Session in Lima on September 13 - where Paris will be elected as hosts of the 2024 Olympic and Paralympic Games.