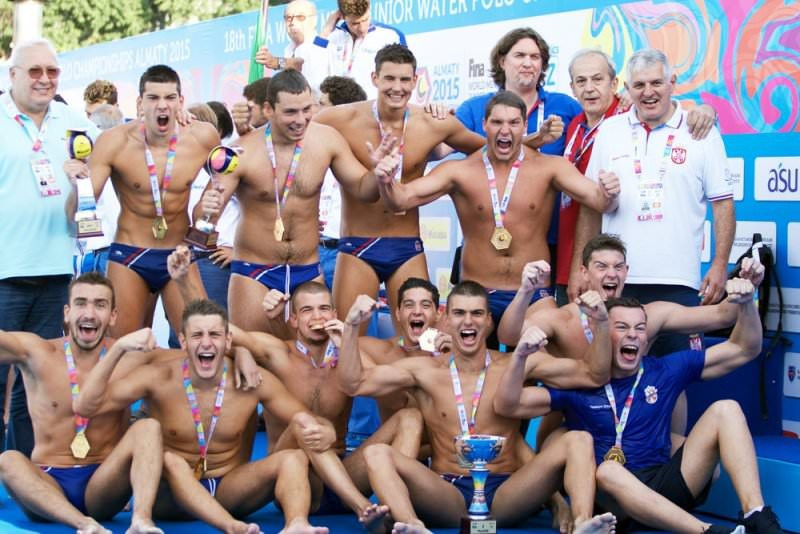 Serbia will bid to use home advantage to help them defend their title when the 2017 World Men's Junior Water Polo Championships get underway in Belgrade tomorrow.

The host nation clinched the crown at the 2015 edition of the event in Almaty in Kazakhstan and will be hoping to lift the trophy once again on August 13.

Serbia have been drawn in Group C along with New Zealand, Australia, Argentina and China.

They will open their campaign against Argentina in the last game of the first day of competition at the Sports Center Milan Gale Muškatirović.

Italy and Hungary, silver and bronze medallists respectively at the 2015 tournament, have been drawn together in Group D, which also features Egypt, Canada, South Africa.

The United States, winners in 2013, will take on Russia, Greece, Puerto Rico and Iran in Group A.

Netherlands, Montenegro, Spain, Japan and Croatia make up Group B.

This year's tournament includes 20 teams, two more than the amount of nations which competed in Kazan.

Athletes must be under the age of 20 to be allowed to participate at the International Swimming Federation (FINA) sanctioned event.

The competition in the Serbian capital comes after FINA held their World Championships in Budapest.

The United States successfully defended their women's crown with victory over Spain and Russia finished third.