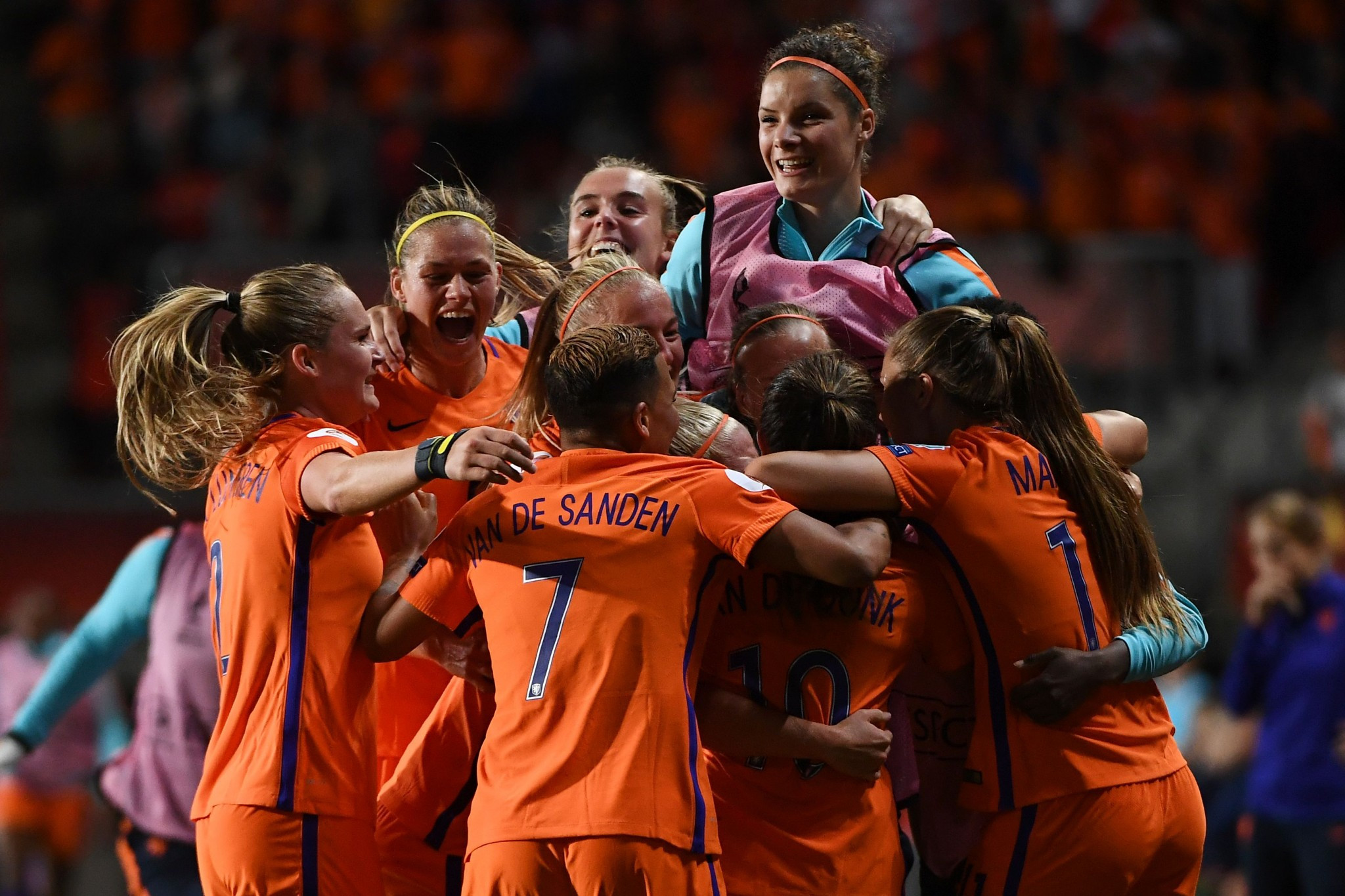 Hosts The Netherlands beat England 3-0 this evening to book their place in the UEFA Women’s European Championships final, where they will face Denmark.

Goals for Vivianne Miedema and Danielle van de Donk gave the Dutch a 2-0 lead before a stoppage-time own goal from Millie Bright added extra gloss to the win at the FC Twente Stadion in Enschede.

Miedema opened the scoring in the 22nd minute after heading Jackie Groenen’s cross from the right-back across goal and into the corner of the net.

The score remained 1-0 until the 62nd minute when Fara Williams’ header back towards her own penalty area was seized on by van de Donk.

The Arsenal midfielder beat England goalkeeper Siobhan Chamberlain to the ball and found the net.

Victory for the Dutch was sealed in the third minute of stoppage time as Bright inadvertently diverted Lieke Martens' effort into the goal at the near post.

England believed they should have had a penalty in the first-half for an apparent shove on Ellen White, but it was a deserved win for the Dutch who progressed through to their first major final.

Awaiting The Netherlands in the final on Sunday (August 6) are Denmark.

Earlier in the day they had beaten Austria 3-0 on penalties following a goalless draw after extra-time.

Goalkeeper Stina Lykke Petersen was Denmark’s hero in the shoot-out at the Rat Verlegh Stadion in Breda.

She denied both Viktoria Pinther and Verena Aschauer after Laura Feiersinger had missed the target for Austria.

It meant successfully converted penalties from Nadia Nadim, Pernille Harde and ultimately Simone Boye Sørensen were enough to seal victory for the Danes.

Denmark are through to the final for the first time having lost their previous five semi-finals.

Austria had the best chance over the 120 minutes, but Sarah Puntigam blasted a penalty high over the crossbar early in the first-half.

It came after Denmark defender Maja Kildemoes had handled the ball in the penalty area.

The final is due to be played at the FC Twente Stadion.