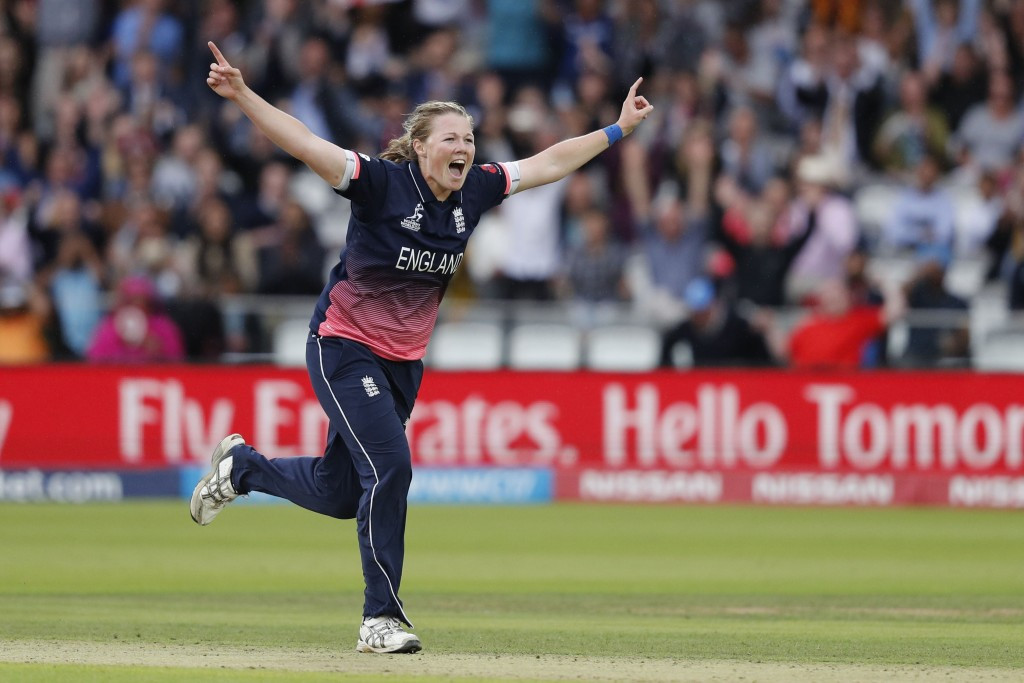 Anya Shrubsole’s heroics in the International Cricket Council (ICC) Women’s World Cup final have seen her move to a career position of seventh in the bowling rankings.

The English fast bowler took six wickets for 46 runs in the final against India at Lord’s in London to give her country a fourth World Cup crown after a tense match.

In the latest ICC women's rankings released after the tournament in England, Shrubsole has broken into the top 10 bowlers for the first time, moving up from 16th place.

Marizanne Kapp of South Africa has stayed top of the leaderboard, while India’s Jhulan Goswami has gone from sixth to second.

She is ahead of India captain Mithali Raj, who become the all-time leading women’s One-Day International run scorer during the competition.

Ellyse Perry is third in the batting rankings and the Australian has also retained first place in the all-rounder list.

Australia are the top ranked team, with England second and New Zealand third.