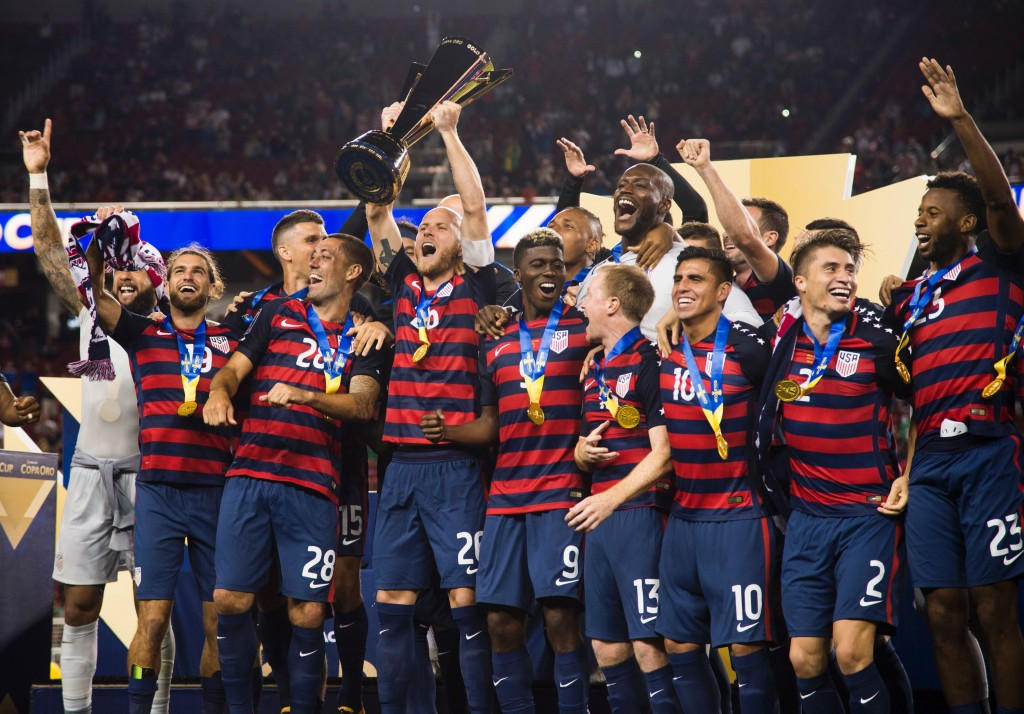 The United States have claimed their sixth Gold Cup title after Jordan Morris’ late strike secured this year's hosts a 2-1 victory over Jamaica in the final at the Levi's Stadium in Santa Clara.

Morris latched onto a pass from Seattle Sounders team-mate Clint Dempsey in the 88th minute, finding the top-right corner from 14-yards-out for the match-winning goal.

Jamaica have now lost two consecutive finals having suffered a 3-1 defeat at the hands of Mexico in the 2015 decider.

Their chances were seriously dented in the 19th minute when Andre Blake, officially named the tournament’s top goalkeeper, was forced to leave the field through injury.

After pushing away Jozy Altidore’s 25-yard-shot, Blake was caught on his right hand by Kellyn Acosta who had pounced on the loose ball and attempted to direct a shot goalwards.

Blake’s replacement Dwayne Miller was beaten by Altidore’s free-kick on the stroke of the half-time as the US moved into the lead.

Jamaica fought back, however, in the second-half and equalised five minutes after the re-start with Kemar Lawrence’s cross picking out Je-Vaughn Watson to volley past goalkeeper Tim Howard.

The US came again, though, and could have re-taken the lead had it not been for the brilliance of Miller to parry away Morris’ attempt in the 73rd minute and tip Dempsey’s header against the post shortly after.

The pressure finally told with two minutes of normal time remaining as Morris fired home to send the Americans into raptures.