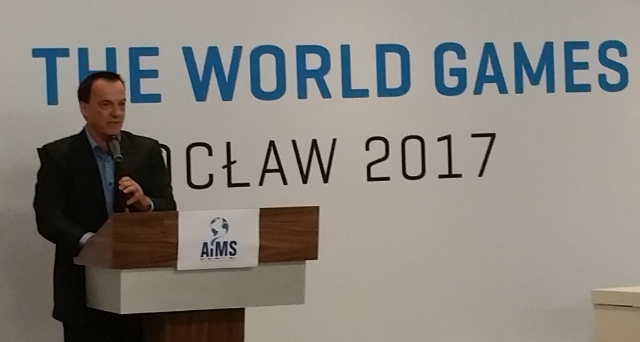 Stephan Fox, the secretary general of the International Federation of Muaythai Amateur (IFMA), claims his organisation's focus remains on youth development and not solely on the elite level after gaining International Olympic Committee (IOC) recognition.

Both the IFMA and the International Cheer Union (ICU) were provisionally recognised by the IOC Executive Board in December of last year.

Fox, who is also the President of the Alliance of Independent Recognised Members of Sport (AIMS), believes while IFMA's long-term ambition is to gain a place on the Olympic programme, it is important to continue to place emphasis on the younger generation to reap the benefits in the future.

"For us we just want to keep developing," the German told insidethegames.

"We don't plan to just jump into the 2024 Games, but we continue to dream.

"We are a realistic organisation and set ourselves achievable goals.

"Too many events put all of their focus on elite competition and this produces doping issues and poor governance.

"We have ours on youth development and I think this is where some sports could maybe do a bit more.

"It is not just about winning medals but getting a new generation involved.

"If you can get that right then everything will work itself out at the top of the pyramid."

As a result of gaining recognition, both the IFMA and the ICU are eligible for IOC development funding worth $25,000 (£19,100/€21,500) and have become members of the Association of IOC Recognised International Federations.

They could also receive additional amounts to spend on anti-doping and other projects.

Their provisional membership lasts for up to three years and they can only be made full members by an IOC Session, with the next one being in Lima in September.

“I think muay thai deserved it and the others [AIMS members] know that as well but over the next year I hope that one or two more will follow us," added Fox.

“Although we have become recognised it does not mean this is the end.

“We know we still have to develop in certain areas and now we have access to the IOC’s resources and a good relationship with the Global Association of International Sport Federations.

"We started our IOC application in 2012 and were recognised in 2016 but in that four years we have done a lot.

"We were recognised by the International University Sports Federation and now have our own World University Championships and we are also keen to do well here at the World Games."