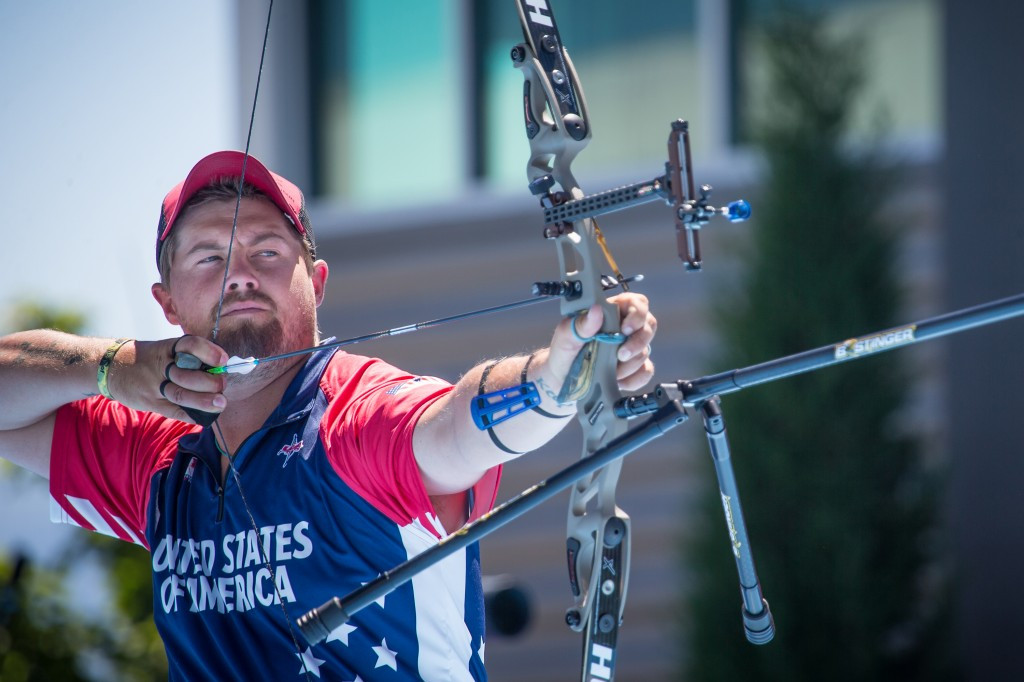 Rio 2016 medallist Brady Ellison of the United States has claimed he would introduce field archery onto the Olympic programme and scrap the existing format.

Ellison, who won individual bronze in the Brazilian city as well as team silver, was speaking after competing in the field archery recurve elimination event at the 2017 World Games in Wrocław.

The American was downbeat about the discipline's future Olympic chances, but stressed his backing for the event.

"I don't think we will see it [field archery] at the Olympic Games," Ellison, who also won team silver at London 2012, told insidethegames.

"I think that target archery and the Olympic disciplines they have now is too locked in.

"I don't think we could get field archery into the Games.

"Although, if it was my call, I would put this in the Olympics and we would not shoot outdoors anymore."

World Archery secretary general Tom Dielen agreed with Ellison that it would be difficult for field archery to get onto the Olympic programme.

He cited logistical issues including the need for a lot of television cameras for it to be televised well.

However, the Belgian did reveal that World Archery has turned its attention to boosting the compound bow's chances of featuring at future Games following the success of gaining a mixed gender event.

"We have the compound discipline competitions coming up on Saturday (July 29) and Sunday (July 30) here and that is our next goal for the Olympics," Dielen said.

"We had already written to the International Olympic Committee (IOC) before Rio 2016 that first we wanted a mixed team event and that has now been added to Tokyo 2020.

"Now we will continue to work on compound for the future.

"It will take time because we still need to work on a better spread at the top of the women's compound rankings as it is not as competitive as the men's.

"We are working on that through having it in the European Games, Asian Games and the Pan American Games and here.

"So we are building this step and when we are ready we will go to the IOC but at the moment it is too soon."