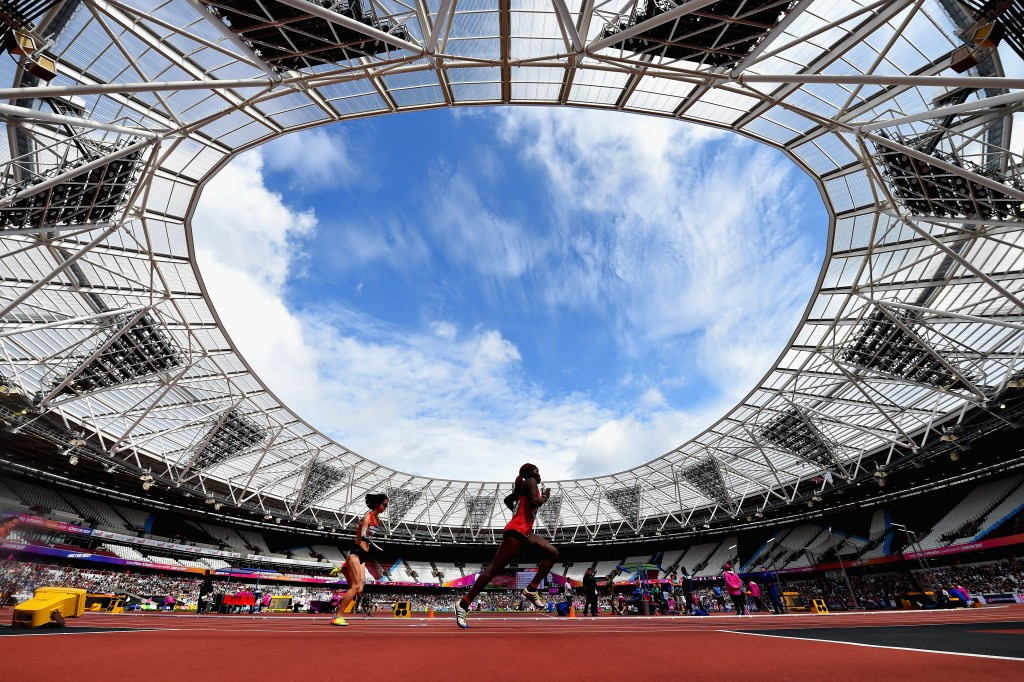 UK Athletics has confirmed its interest in bidding for the 2019 World Para Athletics Championships, meaning London could potentially host the biennial event for a second consecutive time.

The 2017 edition of the Championships concluded yesterday at London’s Olympic Stadium on Queen Elizabeth Olympic Park.

London 2017 co-chair Ed Warner had claimed at the event’s closing press conference that both UK Athletics and the British Paralympic Association (BPA) were "extremely keen" for the city to bid for the 2019 edition.

UK Athletics, of which Warner was formerly chairman, has today released a statement to back that up with the governing body revealing it will be opening talks with partner organisations to facilitate the return of the Championships in two years’ time.

It is claimed the move follows on from a "high level of positive feedback" received from team leaders and athletes during the 2017 event and a number of partners indicating support for a 2019 event in London.

The BPA has asked UK Athletics to take the lead in "exploring every possibility" ahead of the deadline for submissions to the International Paralympic Committee (IPC) at the beginning of September.

"We are delighted that the World Para Athletics community has responded so positively to our delivery of the 2017 Championships and are humbled if Para-athletics competitors, teams and colleagues would be willing to entrust it to us again in 2019," UK Athletics chair Richard Bowker said.

"UK Athletics as the LOC (Local Organising Committee) have been thrilled with the positive feedback from the athletes and teams, but clearly our focus until now was in continuing this work until the athletes had finished competing and the Championships concluded.

"We will begin discussions with partner organisations immediately to see if we can secure the necessary support.

"So far, I can confirm that we have received very positive indications from many of our key stakeholders, so we believe that there is the will to make it happen."

BPA chairman Nick Webborn said they are looking forward to supporting and engaging with UK Athletics throughout the process.

"If we were to succeed it would be a tremendous statement to the world and a huge opportunity for our athletes and the British public once again to enjoy world class Para-athletics in the best stadium in the world for it," he added.

Warner is also chairman of the IPC World Para Athletics Technical Committee, the group who will decide which city hosts the 2019 Championships.

Ask for an estimation on the cost of staging the event, Warner claimed "you get 50 of these for one Commonwealth Games".

He wants the Government to give less money to either Birmingham or Liverpool if they are awarded the 2022 Commonwealth Games in order to help fund the World Para Athletics Championships.

Some athletes have even go so far to suggest that London should become the permanent home of the World Para Athletics Championships.

IPC spokesman Craig Spence confirmed that 305,000 tickets were sold for the 2017 Championships, just 10,000 less than what was sold for last year's Paralympic Games in Rio de Janeiro.

While the 56,000-capacity Olympic Stadium may have looked sparse at times, the World Championships will go down as the best attended outside of a Paralympics.

Sales total more than the amount sold for all seven of the previous championships combined.

Canadian wheelchair racer Brent Lakatos, who yesterday became just one of three athletes to win four gold medals at the Championships, is among those who have given their backing to all future World Championships being held in London.

The 37-year-old, a triple silver medallist when the Paralympics were held in London in 2012, recently tweeted a message which read: "The UK is the birthplace of the Paralympics.