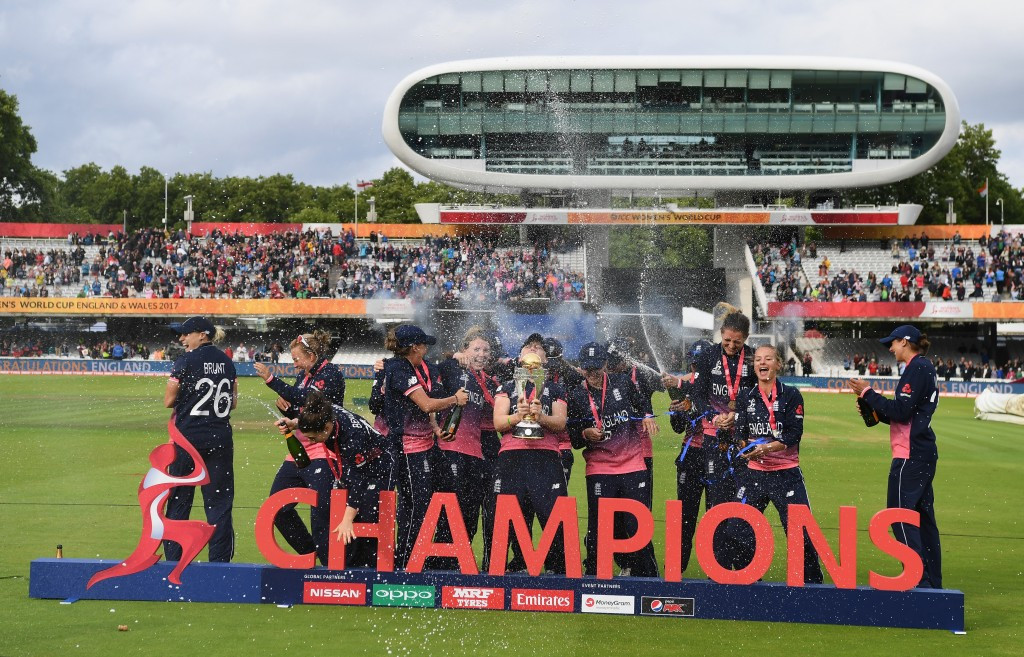 England beat India by nine runs to win the International Cricket Council (ICC) Women's World Cup final at Lord’s in London after an emotional, pulsating and gut-wrenching final which was in doubt until the penultimate over.

Anya Shrubsole’s devastating six wicket spell decided the match for the hosts after India had seemed on course for a comfortable victory at 191-3 chasing 229 for victory.

Indian opener Punam Raut struck a magnificent 86 and in partnership with semi-final heroine Harmanpreet Kaur put on 95 for the third wicket which included the first sixes of the match.

Kaur was eventually dismissed for 51, but Veda Krishnamurthy joined Raut and the Indian run flow continued.

The 150 was hoisted in the 36th over as 10 runs came from one over and it seemed India would be lifting the ICC Women's World Cup for the first time.

When Shrubsole eventually trapped Raut lbw for 86, it still seemed as though it was too late.

However, Shrubsole’s spell was turned out to be astonishing.

She took three wickets in eight balls and finished with 6 for 46.

"You know that in the World Cup final if you can get a breakthrough the pressure is on the new batters coming in," Shrubsole said.

"You know that if you can get one, you can get two or three and suddenly the pressure is all on them."

Earlier, England skipper Heather Knight had won the toss and decided to bat.

England’s start had been brisk enough as Tammy Beaumont and Lauren Winfield put on 47 for the first wicket.

Both went in quick succession and then Knight departed for a single as England lost momentum at 63-3 early in the 16th over.

It was down to Sarah Taylor and Nat Sciver to rebuild the innings and they did so adding 83 for the fourth wicket before the former departed for 45.

Sciver top scored with 51, but it was left to Katherine Brunt and Jenny Gunn, so instrumental in England’s semi-final run chase, to add vital runs before the end.

Brunt made 34 and Gunn was unbeaten on 25, but many felt that England’s total of 228 would not quite be enough.

"We did it the hard way," admitted Knight afterwards.

"It did feel as though it was slipping away a bit, but a theme of the tournament has been us fighting hard."