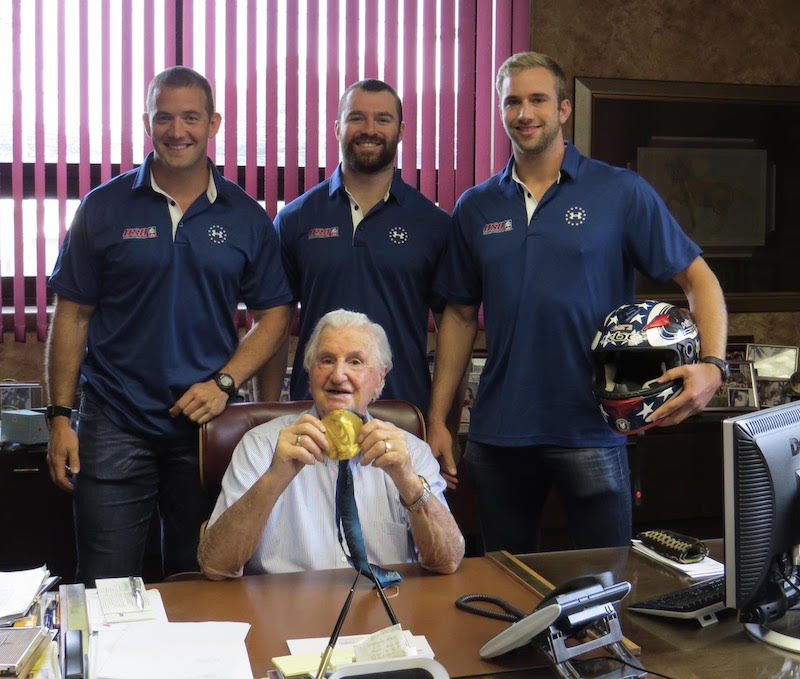 They were given a tour of the company's facilities and met staff who build four-man bobsled runners.

“Going to Advance, I didn’t know anything about them at first, I would just see their sticker on the side of our sleds and know that they made our runners,” Valdes said.

"It’s very cool to see all these working parts.

"It was nice to be there in person to thank them and realise what they do, and hopefully we can do more trips like this with other partners.”

“Having a company that can provide a service such as that is invaluable,” added Laubenstein.

“The continued support of over 10 years through them has been huge for us.”

Advance made the runners that Steven Holcomb used to win Olympic gold at Vancouver 2010.

The company has continued its partnership with USABS ever since.

Holcomb was tragically found dead in his room at the US Olympic Training Center in Lake Placid on May 7, aged just 37.

A coroner's investigation revealed he had sleeping pills and alcohol in his system when he died.