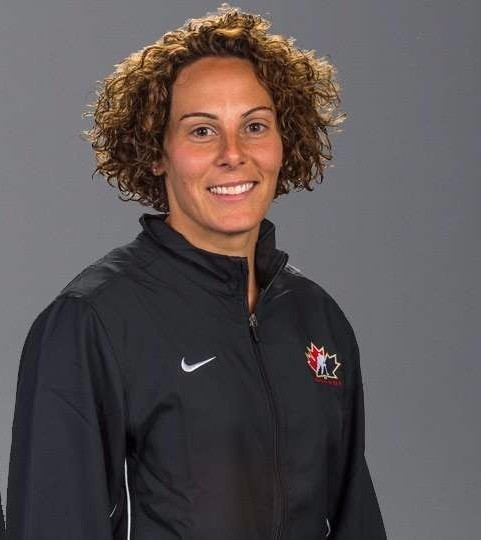 Hockey Canada has announced Noémie Marin will continue as head coach of the nation's women's development team for the upcoming season.

Marin will return to the position she filled last campaign.

She is currently the women’s hockey head coach at John Abbott College in Quebec and played for the Canadian development team between 2004 and 2006.

Marin was also an assistant coach with Canada’s under-18 team at the 2015 International Ice Hockey Federation Under-18 World Championship, where they finished in silver medal position in Buffalo in the United States.

Joining Marin on the bench will be assistant coaches Carla MacLeod and Matt Desrosiers.

Desrosiers has been in charge of women’s hockey at Clarkson University for the past eight seasons and led the team to National Collegiate Athletic Association championship success in 2014 and 2017.

MacLeod, meanwhile, is a double Olympic gold-medallist following success at Turin 2006 and Vancouver 2010.

It was announced last week that Delaney Collins will serve as head coach of Canada’s national women's under-18 team.

The former player, a triple world champion for the country, is taking over the top job from Troy Ryan.

“We’re excited about the depth in leadership across these coaching staffs and the presence of our alumnai behind the bench,” said Melody Davidson, general manager of national women’s team programmes with Hockey Canada.

“These coaches have experience across many different levels of the game along with our programs, and we’re looking forward to this group leading our teams on the international stage throughout the 2017-18 season.”