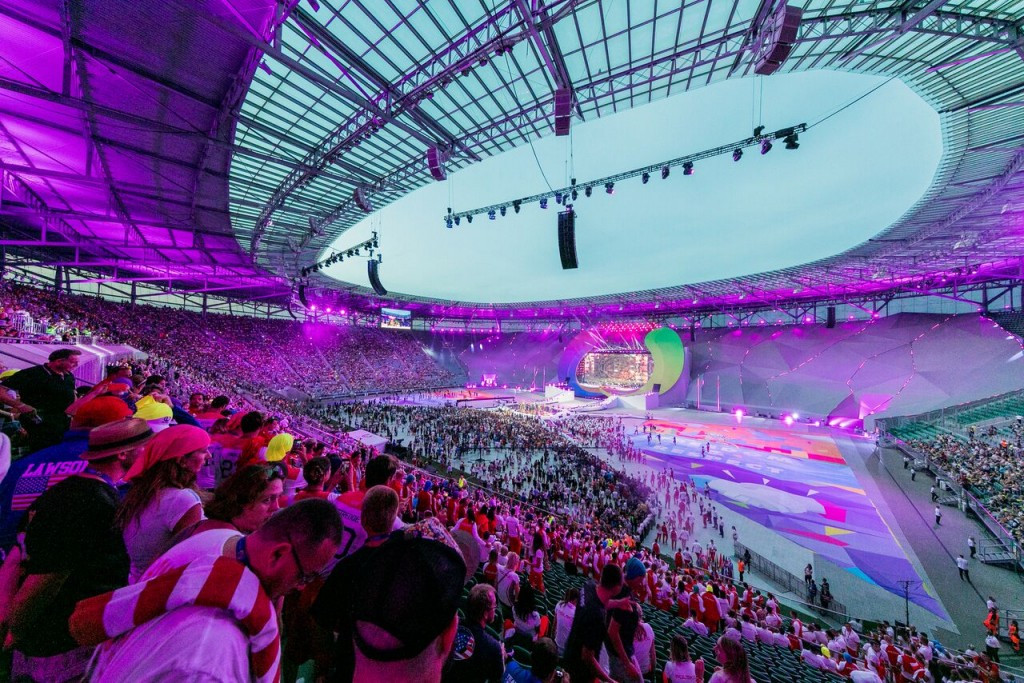 Bach was present as the 10th edition of the Games got underway and was joined on stage by International World Games Association President José Perurena and the Mayor of Wrocław, Rafał Dutkiewicz.

"In sport, everyone is equal, no matter who you are or where you come from," Bach said during his speech before declaring the Games open.

"My thanks and congratulations go to the organisers of this 10th edition of The World Games.

"Give it your best and always remember to compete in the spirit of excellence, respect and fair play."

The German arrived in Wrocław this morning and was also present at Cali in Colombia in 2013 when he was IOC vice-president under Belgian Jacques Rogge.

The Polish crowd erupted as their team entered the arena to bring the traditional Parade of Nations to a close.

Perurena paid tribute to the organisers during his speech and called on fans to voice their support for the Games over the coming days.

"Even if you don't win a medal, you will have memorable experiences to look back on," the Spaniard told them.

"The City authorities and their Organising Committee have prepared first-class venues and made good administrative arrangements.

"Now it is up to you, the spectators, to provide a great atmosphere for all the competitions."

It is expected that around 4,000 athletes will compete in 31 events and more than 100 countries will be represented.

Italy will be hoping to build on their success at the previous edition of the Games in Cali.

They finished top of the medals table after winning 49 medals, including 18 golds, 13 silvers and 18 bronzes.

Competition is due to begin tomorrow with the first medals to be awarded in aerobic gymnastics, bowling, fin swimming, life saving, rhythmic gymnastics, speed skating track and sport climbing.