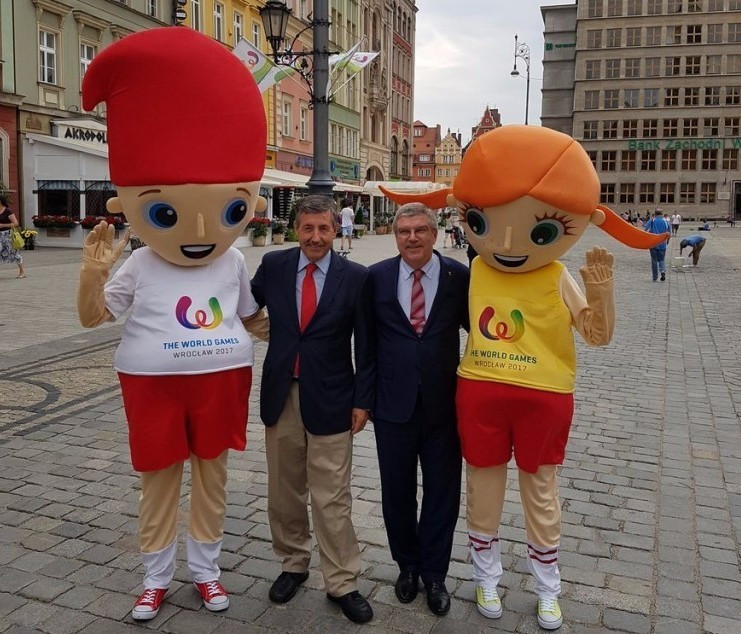 International Olympic Committee (IOC) President Thomas Bach has claimed his organisation are watching closely the Wrocław 2017 World Games as sports aim to impress with the hope of future Games inclusion.

The World Games features sports and disciplines not on the Olympic programme.

It is expected that around 4,000 athletes in 31 events from more than 100 countries will compete here until July 30.

Sports with ambitions of one day making it onto the Olympic programme will have a chance to show off their potential over the next 10 days.

"The World Games are a celebration of the diversity of sport," Bach said.

"It is a unique opportunity for sports not in the limelight all the time to enjoy the exposure.

"This is why the IOC is supporting The World games, to give these athletes an opportunity of a lifetime.

"We have some sports on the Olympic programme at Tokyo 2020, such as sport climbing and karate, that came from The World Games.

"You can see we are watching closely and we are learning."

IOC sports director Kit McConnell, due to attend these Games, claimed last week that the IOC are seeking sports that "bring a real value" to the Olympic programme.

"As we look for more flexibility in the programme of the Olympic Games in the future, certainly The World Games is one of the areas we are looking to observe, see the sports, see them performed at a very high level and with the best athletes in those sports," he said.

"Obviously we are looking for sports that bring a real value to the programme."

Bach arrived in Poland this morning and is due to his second World Games Opening Ceremony this evening.

The German is scheduled to attend sport climbing tomorrow morning.