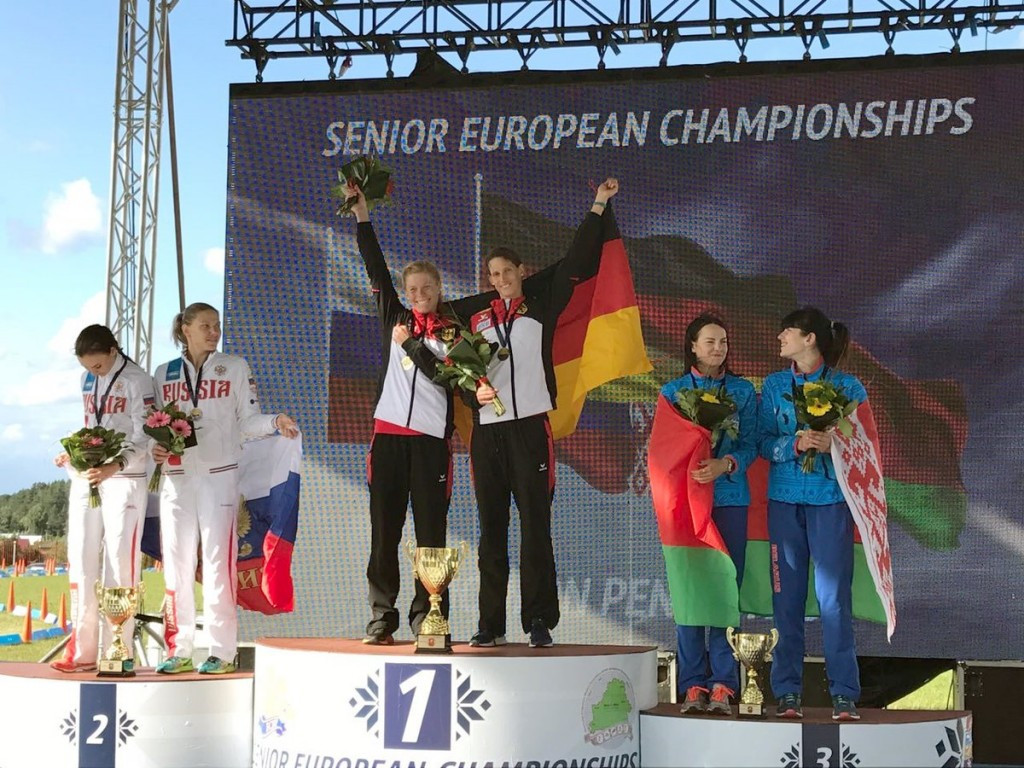 The duo lay in third place after the fencing, swimming and riding sections only to rise up the leaderboard.

They finished an agonising two points behind on 1,387.

Tatsiana Khaldoba and Katsiaryna Arol of Belarus took a home bronze on 1,339.

Schoneborn and Schleu claimed world relay titles together in 2012 and 2016.

The men's relay is scheduled to take place tomorrow.