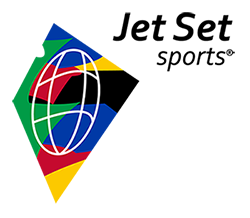 Jet Set Sports have been appointed as the Global Authorised Ticket Reseller (GATR) for National Paralympic Committees (NPCs), the general public outside South Korea and international clients for the Pyeongchang 2018 Winter Paralympic Games.

It follows the signing of an agreement between the International Paralympic Committee (IPC), Jet Set Sports and the Pyeongchang Organising Committee for the 2018 Olympic and Paralympic Games (POCOG).

The GATR will look to establish a global client ticket portal from where all tickets for the Winter Paralympics will be made available.

In the new system, NPCs will have real time access to a robust inventory of event tickets in order to meet the diverse needs of their own constituent groups.

NPCs will be provided access to this client ticket portal starting August 1.

The new platform will also offer improved service with the support of GATR offices across the globe.

If an NPC wishes to appoint an Authorised Ticket Reseller to service its domestic market, it will still be able to do so and agree accordingly with the GATR on the necessary service level.

The GATR will also make available a variety of packages including accommodations, transport and more available to build a tailored experience for NPCs, spectators and other client groups.

General public sales outside of South Korea are due to open on August 21.

POCOG will remain the owner of the Athletes’ Friends and Family programme and will provide details to athletes and their families on how to request these tickets.

The new GATR portal will be available soon here.

A partnership was announced between the IPC and Jet Set Sports in October 2015.

It is dedicated to growing spectator attendance at the Paralympic Games, starting with last year’s edition in Rio de Janeiro.

The agreement marked a further example of the IPC enhancing its scope in a commercial sense following the success of London 2012 and Sochi 2014.

Jet Set Sports, joined by its sister company CoSport, have more than 30 years of experience in organising ticketing for major sporting events.

The first Olympics they were involved with were the Winter Games at Sarajevo in 1984.

They were involved most recently in Sochi 2014 and enjoy long-standing relations with many National Olympic Committees, including those in Great Britain and the United States.