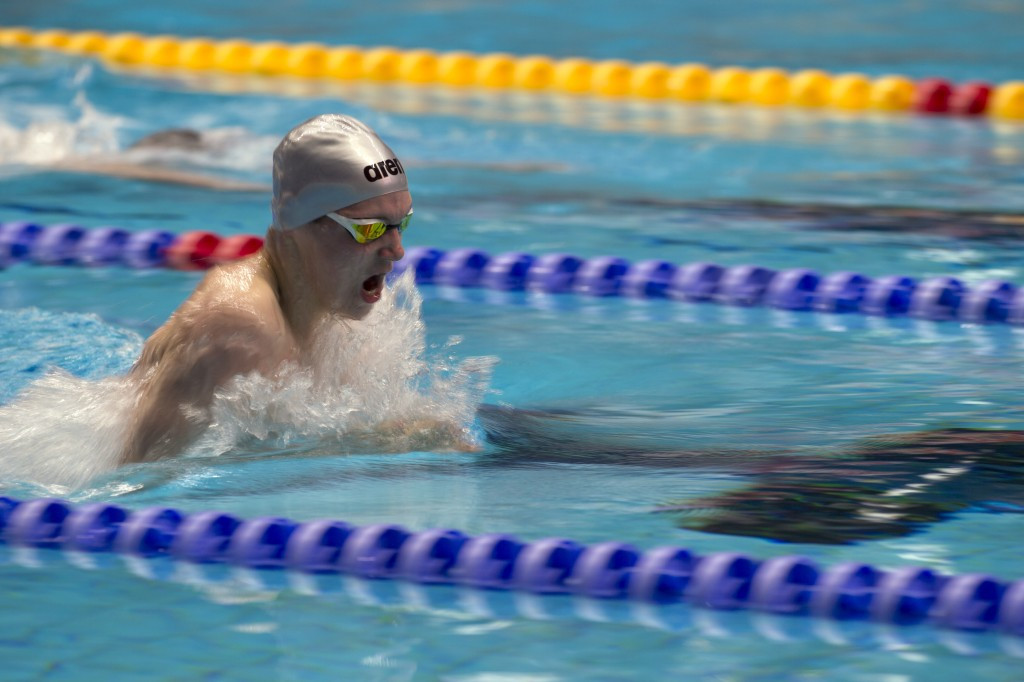 Great Britain’s Thomas Hamer claimed his third victory of the World Para Swimming World Series in Berlin on the penultimate day of action.

It followed victories in the 100m and 200m freestyle events on the first two days of action.

"I am very happy with this race, I am working very hard and everything is going well," he said.

The races are decided by points according to the swimmers’ classes and the time they clock.

The teenager had previously won three events in the first two days of competition.

Boggioni also finished as runner-up with 988 points in the 50m breaststroke behind The Netherlands' Rio 2016 bronze medallist Chantalle Zijderveld, who scored 1,043 and also set a world record of 33.97sec for the SB9 class.

In the men’s 4x100m relay Germany and the United States were tied for gold.

Britain's 16-year-old Louise Fiddes broke the world record in the S14 class, finishing third with a time of 2min 28.64sec.

With 1,013 points, Greek swimmer Dimosthenis Michalentzakis finished first in the men's equivalent, also setting a world record of 2:09.68 for the S9 class.