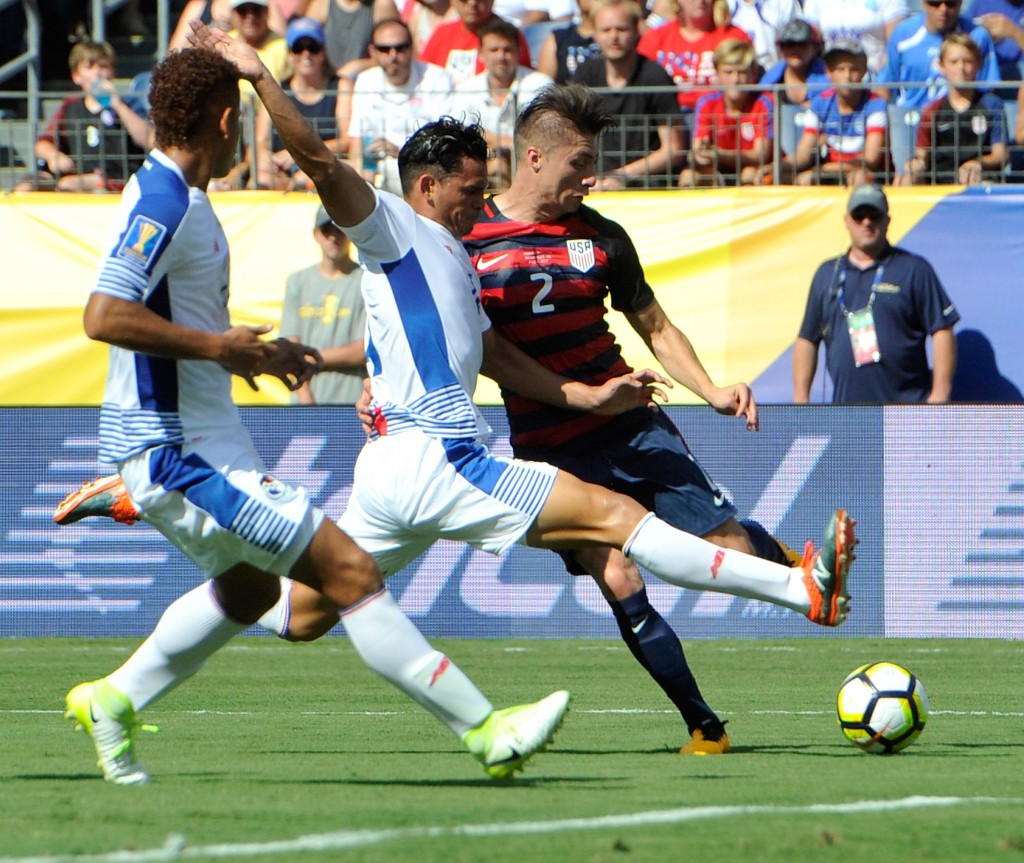 Hosts United States were held to a frustrating 1-1 draw by Panama in their opening match at the Confederation of North, Central American and Caribbean Association Football Gold Cup.

Dom Dwyer had given the American side the lead five minutes into the second half but Miguel Camarago equalised on the hour to earn an excellent point for Panama at the Nissan Stadium in Nashville.

It marked the first time the US had failed to win their first match at the Gold Cup, which they have lifted on five occasions.

In the other Group B match to take place today, Nicaragua got their campaign off to a winning start with a 2-0 victory over Martinique.

After a tepid first half, Dwyer, who was born in England, put the US in front as his left-footed strike found the net via the far post.

With the deadlock broken, all signs pointed to an American win but Panama had other ideas and restored parity 10 minutes later.

Gabriel Torres' effort was initially saved by American goalkeeper Brad Guzan but Camarago was on hand to convert the rebound to ensure his side left with a share of the spoils.

The US had triumphed in their previous 13 Gold Cup openers and this was only their fourth draw from 35 group stage matches at the tournament.

"We didn’t play well on the day,” US head coach Bruce Arena said.

“We didn’t deal well with their pressure, especially in the midfield.”

Following the draw between the US and Panama, Nicaragua surged to the summit of Pool B with a comfortable win against Martinique.

Kevin Parsemain opened the scoring in the 35th-minute after he headed home Johan Audel's cross.

Victory was sealed in some style in the second half as Steeven Langil scored a superb individual goal only a minute after coming off the substitute bench.

The tournament in the US continues tomorrow, with defending champions Mexico, who are without manager Juan Carlos Osorio after he was given a six-game ban by FIFA, making their entrance when they take on El Salvador in Group C.

Curaçao are in action against Jamaica in the other match in the group.