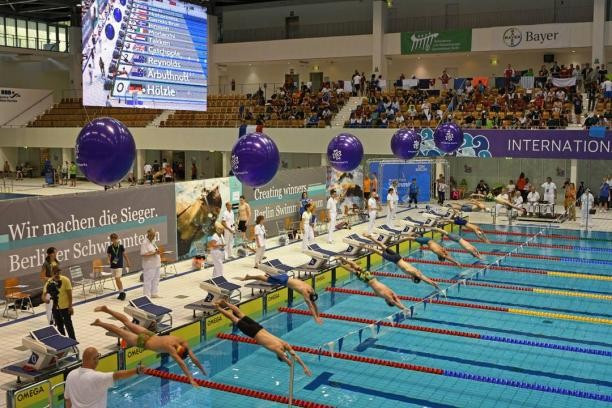 Four new world records were set in a single event on the first day of action at the World Para Swimming World Series in Berlin today.

The races in the World Para Swimming World Series are decided by points according to the swimmers’ classes and the time they clock.

Robert Griswold of the United States, who competes in the S8 class, won the race with 952 points after posting a time of 2min 17.77sec.

“I am really proud of my race," he said.

"I have not swum in two years competitively, but I knew I had a lot in me.

"It is great to be here in Berlin."

Great Britain’s Jonathan Fox, finished second with 940 and a time of 2:32.68 which was a world record in the S7 class.

The Netherlands' Olivier van de Voort posted a time of 2:06.41 to earn 928 and set a S10 world record while Griswold’s compatriot Jordan Catchpole completed the sensational set of results by setting a S14 record of 2:18.31, which saw him collect 767.

In the women’s 400m individual medley, British swimmer Jessica-Jane Applegate lowered her own world record in the SM14 class by clocking 5:13.91 to win the race with 789.

Two world records were also set in the women’s 200m backstroke by Great Britain’s Megan Richter in the S8 with a time of 2:45.97 and 825 and by American Aspen Shelton.

Italy’s Monica Boggioni, who had broken the S4 world record in the heats with a time of 03:02.84, ended first in the women’s 200m freestyle.

Japan’s Keiichi Kimura was triumphant in the men’s 100m butterfly with 976, but The Netherlands’ Marc Evers broke the world record in the S14 class with a time of 58.82.

Action is due to continue tomorrow and will conclude on Sunday (July 9).