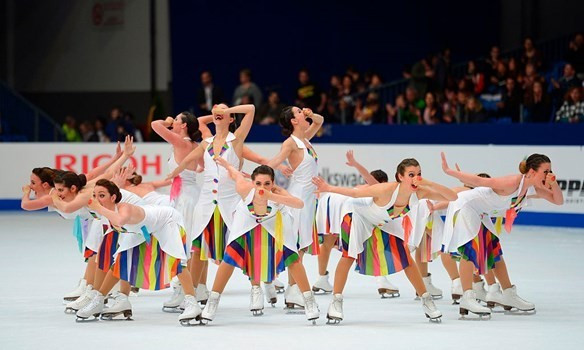 Finland's Marie Lundmark has been named chair of an advisory Working Group responsible for "studying conditions" about submitting synchronised skating for inclusion at the Beijing 2022 Winter Olympic Games.

The panel, commissioned by the International Skating Union (ISU), has a mandate to "investigate, strategise and gather the information" required to be accepted.

It could then form part of an ISU proposal to the International Olympic Committee (IOC) for the addition of a new event.

Synchronised skating is a form of figure skating where teams of between eight and 20 athletes compete together as one team.

They move as a flowing unit at high speed while performing different footwork moves.

Synchronised events have never featured at the Olympics, but were held at three editions of the Winter Universiade between 2007 and 2011.

New disciplines and events are generally approved three years before an Olympic Games, so probably in 2019.

An application from synchronised skating was unsuccessful.

Ice climbing and bandy also campaigning to be added as new sports at Beijing 2022.